“YARONA 2022”, an Inter-department Cultural Fest was hosted by Office of Student Affairs on 5& 6 April 2022. Packed with a whole bunch of entertaining and explorative events, YARONA has forever been the most magnificent event, happening every year, to promote healthy competition in orderto bring out the best in young sprouts of exceptional talents, wonderfully topped with departmental championship and exciting prizes for winners of individual competitions.This amazing platform is definitely a spirit-lifter for the vibrant youth to enhance their potential even amidst the global pandemic conditions. The pre-registration process, both manually and online, started three weeks prior to the fest by Student Council Members.The Organizing Committee comprised of Head-Student Affairs;Mrs. Beena James, Asst. Head- Student Affairs; Mr. B. Royson, Officer Student Affairs & Cultural Coordinator; Mr. C Santhosh, Music Instructor; Ms. Priyadharshini, Cultural Sec., and Mr.J. Prabhu Dhanasekar, Cultural Advisor&Event Manager.

The inaugural function was brightened up by the very enthusiastic hosts, Ms. Srinidhi Suresh, IV Year, B.Tech. Aerospace Engg. and Mr. Rakesh, I Year, B.Tech. Aeronautical Engg. The felicitations for the ceremony was delivered by Dr. S. N. Sridhara, Vice Chancellor; Dr. Pon. Ramalingam, Registrar;and Head of Student Affairs, who filled the air with their enthusiastic and encouraging words about YARONA’22. The stage was then elated by an elegant Classical dance performance by Ms. Sathiga, I Year, B.Sc. Fashion Tech., Ms. Pooja R. Balaji, I Year, B.Des., and Ms.Tarunika J., I Year,B. Tech. Biotechnology followed by a duet singing performance by Ms. Nila Ellaya Lama, I Year, BA English and Ms. Varsha Nair, II Year, BA English. These performances were just a trailer of the galaxy of talents yet to be showcased as they set the stage up on fire which kick started the event to the next level. The inaugural ceremony came to an end with an official Flag off for YARONA’22, followed by the National Anthem.

The valedictory function held at the Main Stage on 6 April 2022 evening commenced with the welcome address by Head-Student Affairs. Declaration of Winners were made followed by the prize distribution ceremony. Dr. S. N. Sridhara felicitated and conferred the Overall championship (rolling trophy) to the School of Aeronautical Sciences;and the Runner Up to the School of Liberal Arts and Applied Sciences. YARONA’22 winded up in an extremely enthusiastic note, making it both a memorable and a great learning experience for the entire crew. It was a delight for the hearts, minds and soul for all those who were present at the occasion, particularly the students. 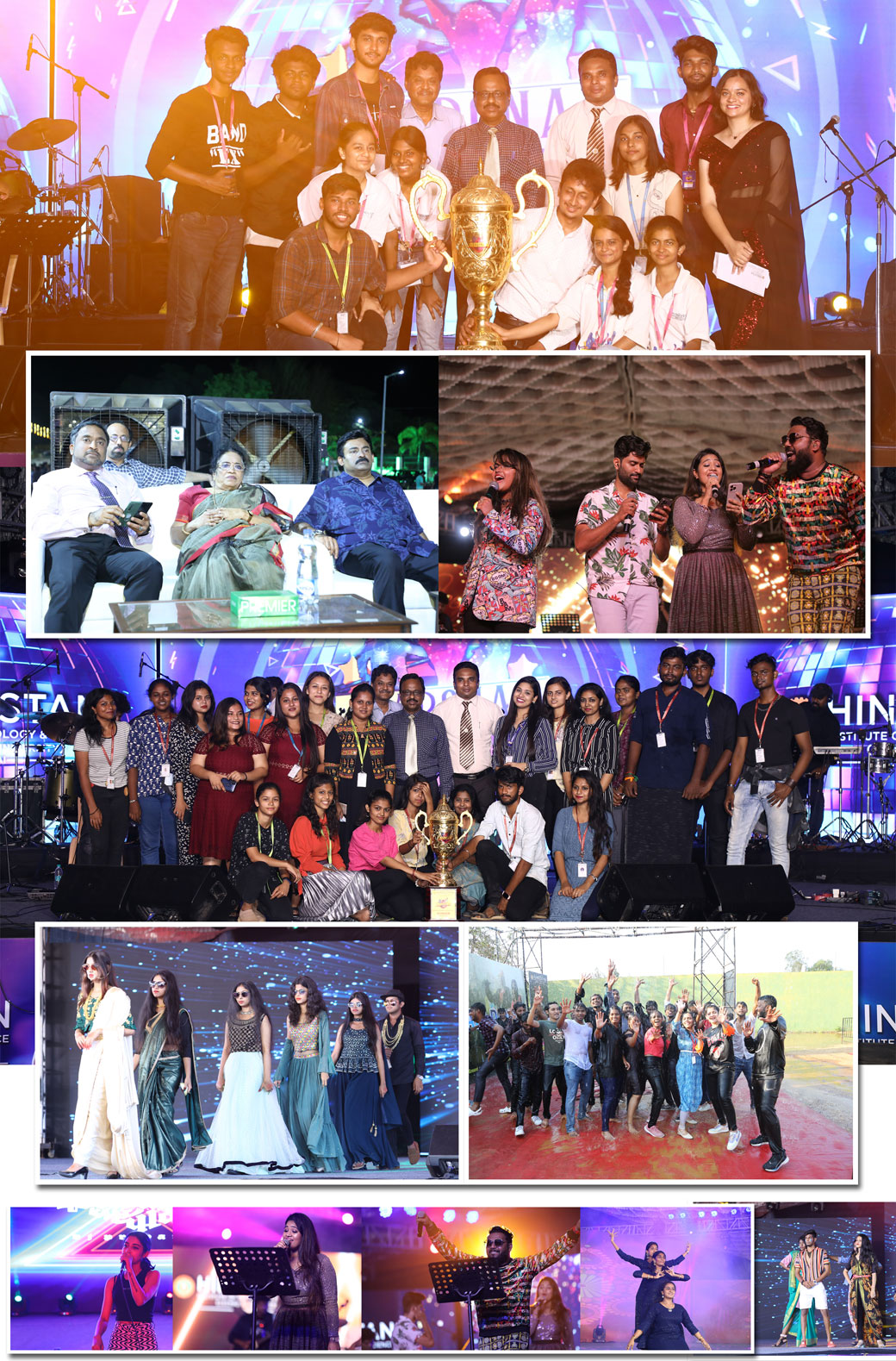