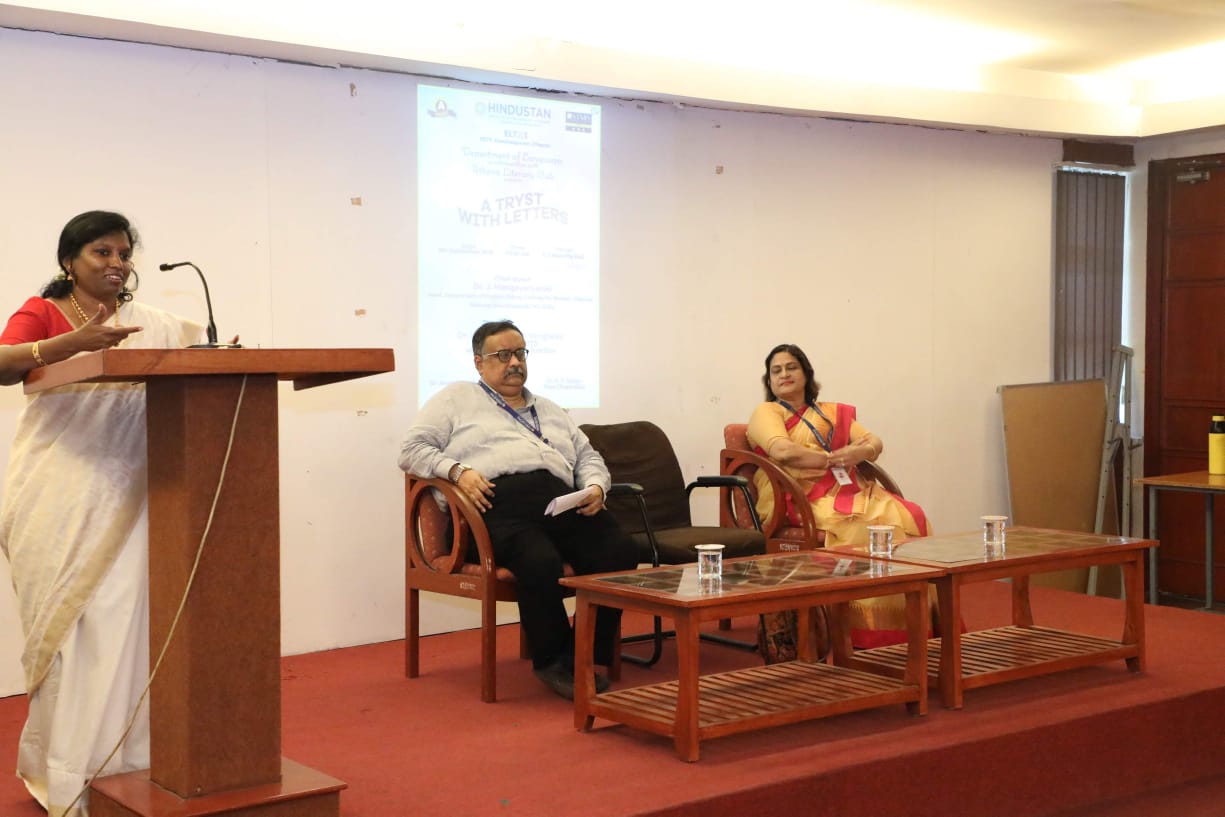 “Tryst with Letters,” a literary club event was conducted by the department of Languages in association with ELTAI Kancheepuram, HITS on 9 September 2019. Dr. Akkara Sherine, Head, Languages, introduced the Chief Guest, Dr. J. Mangayakarasi, Head, English, Ethiraj College for Women, Chennai and the National coordinator, ELTAI, INDIA; and quickly briefed the event. Dr. Mangayakarasi explained the relevance of English language for professional and holistic development of students. Dr. Sreekumar, Dean SOM & Liberal Arts & Science, HITS elaborated on the significance of literature in our life. English play showcased by the Athena Club members centred on the themes of water management and conservation, brought the spotlight on the grim reality of water scarcity and revealed human selfishness as the root cause. The play was followed by the reading of a sonnet by Ms. Poornima, 2nd BBA on the theme of water crisis. Prizes were distributed to the winners of the Creative Writing Competition on theme “Water! Oh! Water . . .” held during August 2019.