The event started with a curtain raiser on HITS. The welcome address delivered by Dr. R.W. Alexander Jesudasan, Pro Vice Chancellor emphasized on the importance of alumni whose association rendered a valuable help to the society and the institution. "It's like visiting a mother's home", he added. The first quiz master was Mr. Jayesh Paniker, alumnus MBA Media and Entertainment Management Batch 2012, and Founder & Director, Generation360 Media Solutions Pvt. Ltd.; and the second Quiz Master was Mr. Gautham Ramadas, alumnus B.Tech. Mechanical Engineering Batch 2013, and Head, Demand Generation function of CLS(CPG and Life Sciences) at Wipro.

A total number of 21 teams participated in the Quiz consisting three rounds: "Not So General Questions", "I Have Heard It Before" and "What In The World Am I Looking At?" which were equally brain-twisting and tricky. Each of the first two rounds was followed by Alumni Bites where a few video clips of our alumni reminiscing the good old days of being a student at Hindustan were played. At the end of the third round, HITS Event Videos were played- Jerusalema dance choreographed by Mr. Prabhu Dhanasekar, alumnus, HITS; and Yarona 2019. Trivia Night missed few Alumni couldn't join due power cuts and disrupted network due to severe monsoon conditions. Dr. Sonu Joseph delivered the Vote of Thanks. 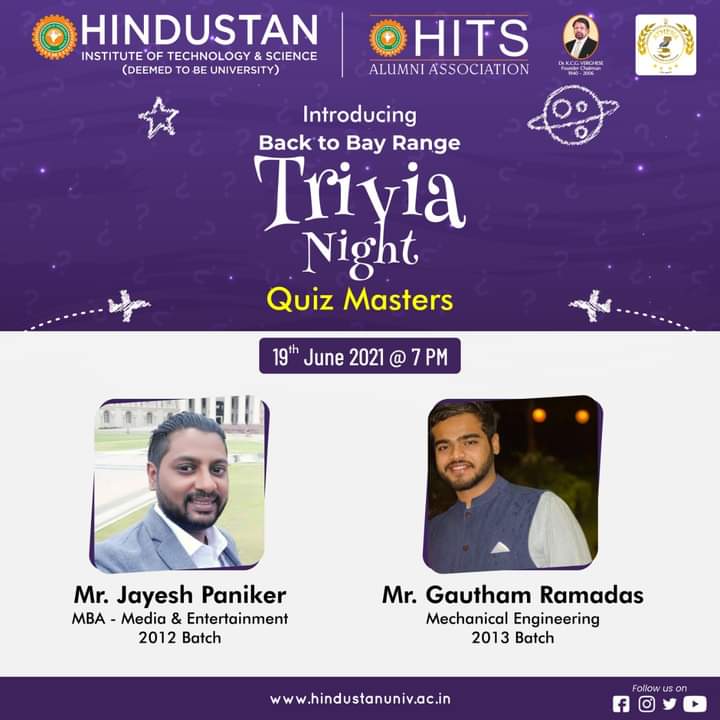 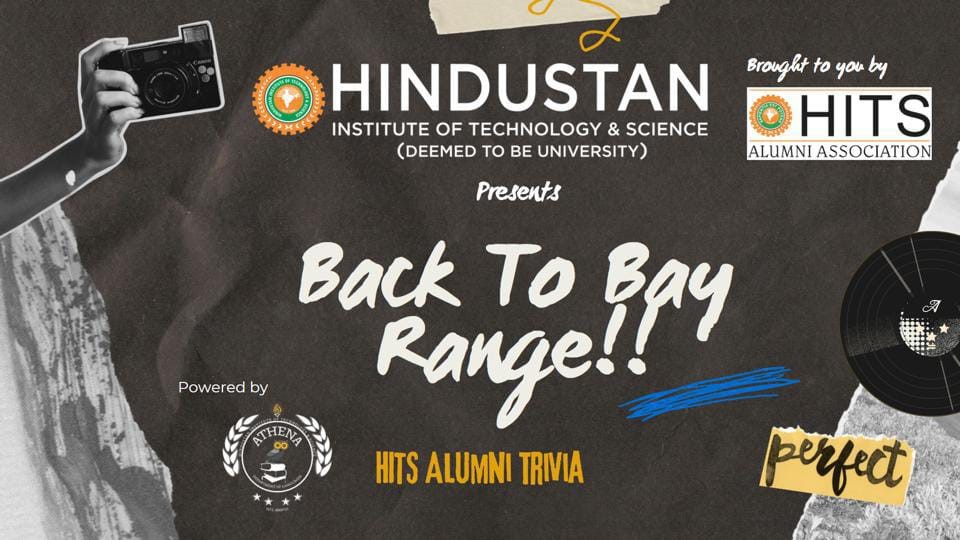