The International Scrabble Day was celebrated on 13 April 2021 by Department of Languages, in association with ELTAI Kancheepuram Chapter of Hindustan Institute of Technology and Science.

Ms. Varsha Nair, I Year BA English commenced the event with an introduction on the importance of celebrating Scrabble Day and the contribution of Dept. of Languages, HITS organising scrabble tournaments in association with ELTAI Kancheepuram Chapter and Athena Literary Club, HITS.Dr.AkkaraSherine, Head, Department of Languages and Rankings introduced the Chief Guest, Mr. Ranganatha Chakravarthy, International Scrabble Champion and Founder Madras Scrabble Foundation. In her speech she informed the success of conducting Scrabble tournaments for two years at Hindustan University and immense response from schools and colleges. She further introduced Mr. Ranganathan Chakravarthy, who is a practicing lawyer and an international scrabble champion. She welcomed the Chief Guest and conveyed her happiness that more than 80 participants from pan India attended the event. She welcomed the Chief Guest Mr. Ranganatha Chakravarthy to give a speech on “Scrabble- assisted Language learning” and also share his experience at international level as scrabble champion and introduce the game to all the participants. The Chief Guest spoke about his previous experiences playing international scrabble championships and he appreciated the organisers of Hindustan University conducting scrabble tournaments over the years thus promoting the game and also helping the students enriching in vocabulary. Dr. Chakravarthy, gave a detailed presentation his experience in playing international Scrabble tournaments and his winning moves against the opponent. He explained the do’s and dont’s of scrabble game. How to tackle the opponents on the online board game, the international time is 25 minutes for each player. He players can play top to bottom and left to right and no diagonal play. He also demonstrated how not to play and it was quite useful. He spoke about using all 7 letters in one go and it is known as Bingo and the player gets 50 points. He listed out several four letter words, anagrams, and also mentioned about scrabble dictionary and links. He explained how to challenge the word played by the opponent, if the word is not in the dictionary the word will be removed, the player loses the chance, abbreviations are not allowed. There were many interactions with participants they were asked to form 27 four letter words from the word “morbid”in just 2 minutes and 25 five letter words from the word “adijmoru”, the list of words were finally displayed on the screen by the champion and many words were unfamiliar. He attributed the ability to the formation of the meaningful words only through practice and students are expected to also follow scrabble dictionary. Few students were able to do anagramming task in a faster pace. This task enlightened the students of how to enhance word formation within stipulated time.

Dr. Chakravarthy then proceeded to explain a demo game that he played withNiteesh Narasimhan, 1st year Aerospace Engineering, HITS. The Chief Guest also demonstrated how to create a Scrabble Id and for further assistance Mr. Niteesh, student coordinator would support the registered participants. During the question and answer session participant from IIT Jodhpur, raised a question regarding the number of challenges a player can make during the game, Mr. Chakravarthy informed there is no limit for challenges. Ms.Tanu Priya, II Year B.Sc. Food Technology, HITS, Student Coordinator made an announcement about the Online Scrabble tournament which would be held online on the 24 April2021. Online practice sessions would be held online from the 15April and registrations for the competition would be open till the 23 April. She also highlighted the various activities of Athena Literary Club of Dept of Language, HITS and ELTAI Kancheepuram chapter. 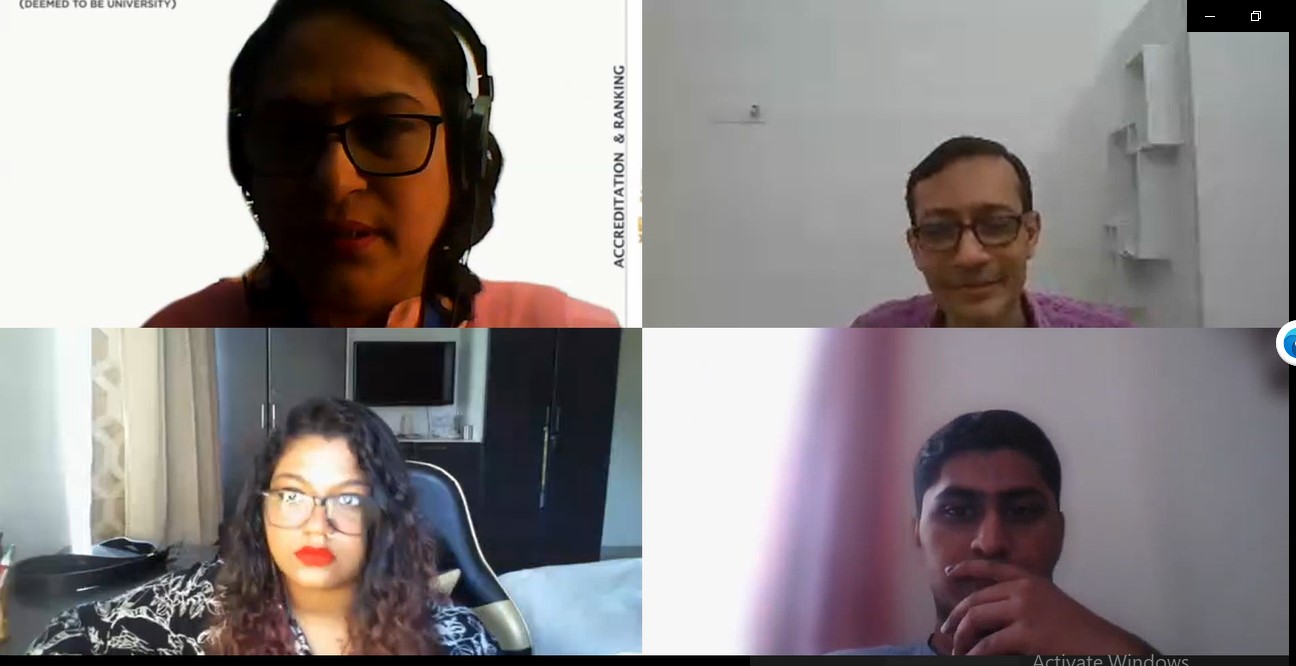 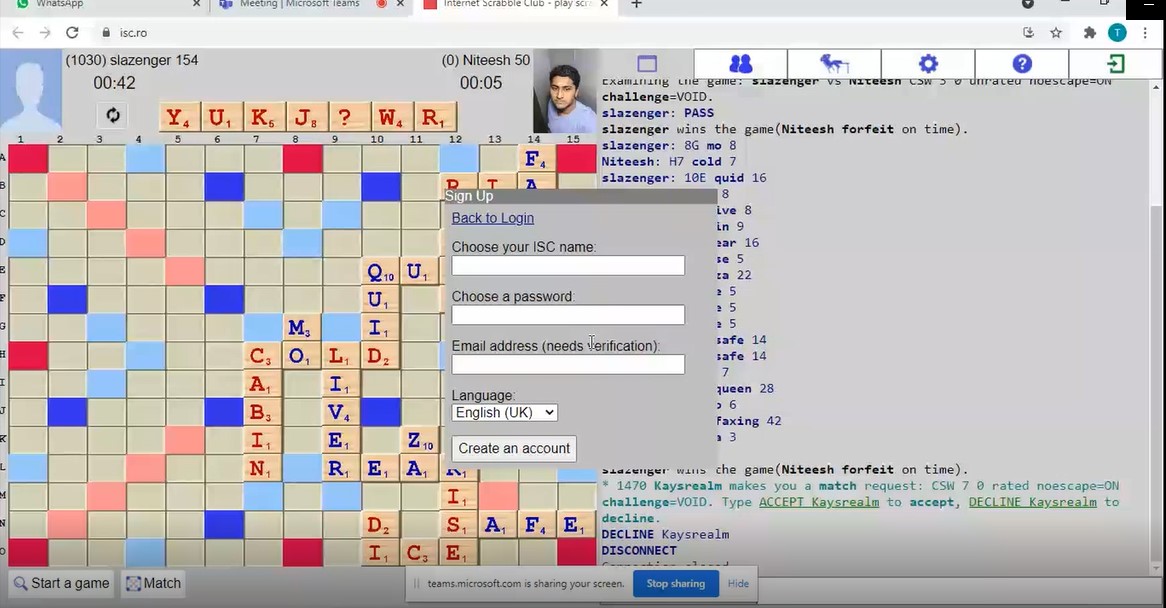 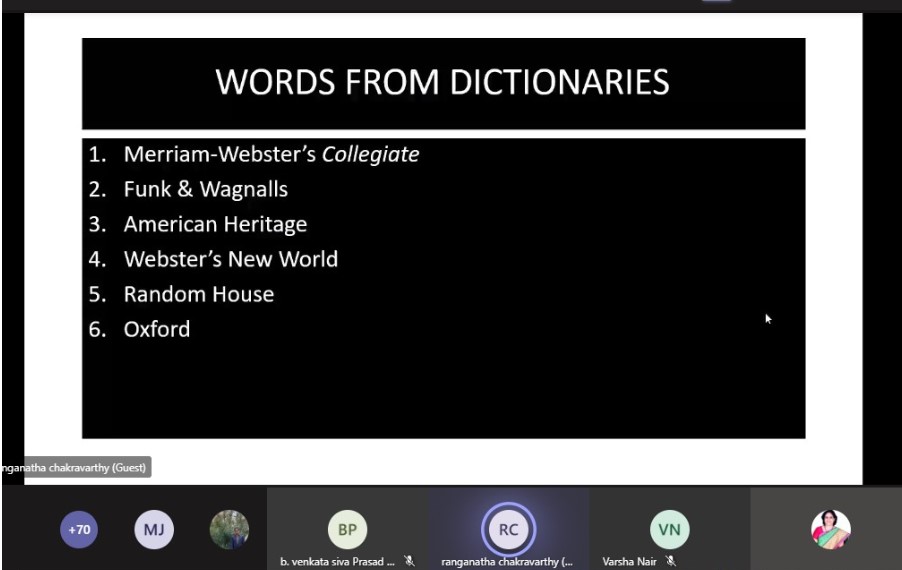 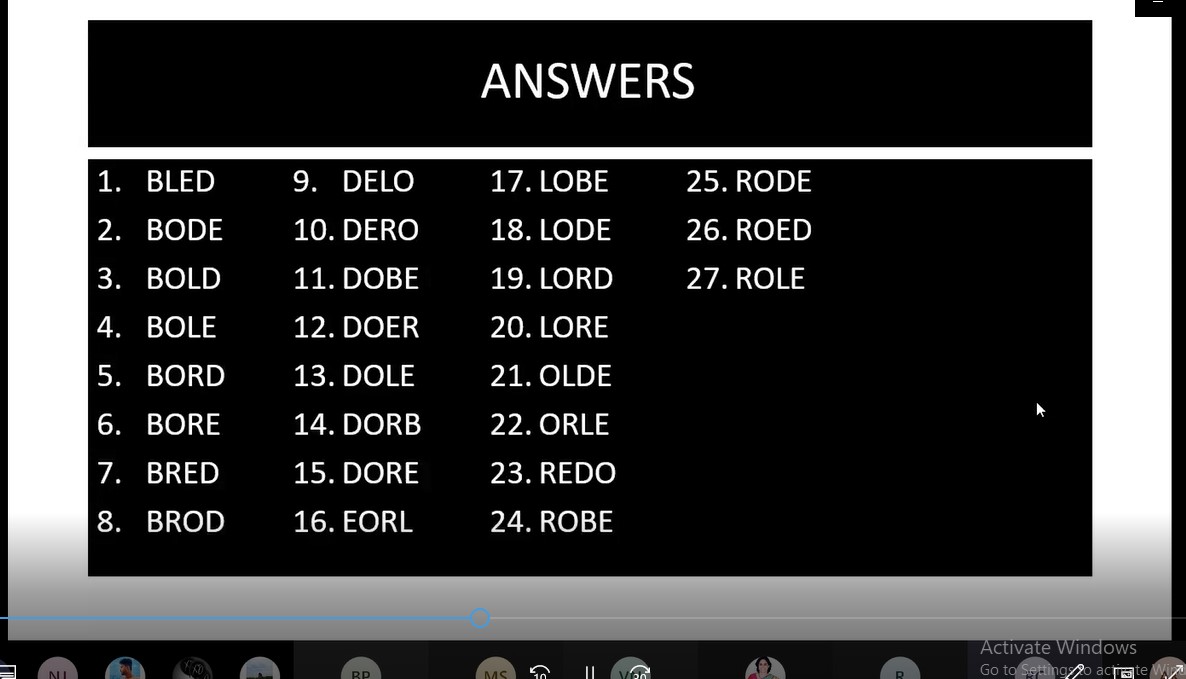 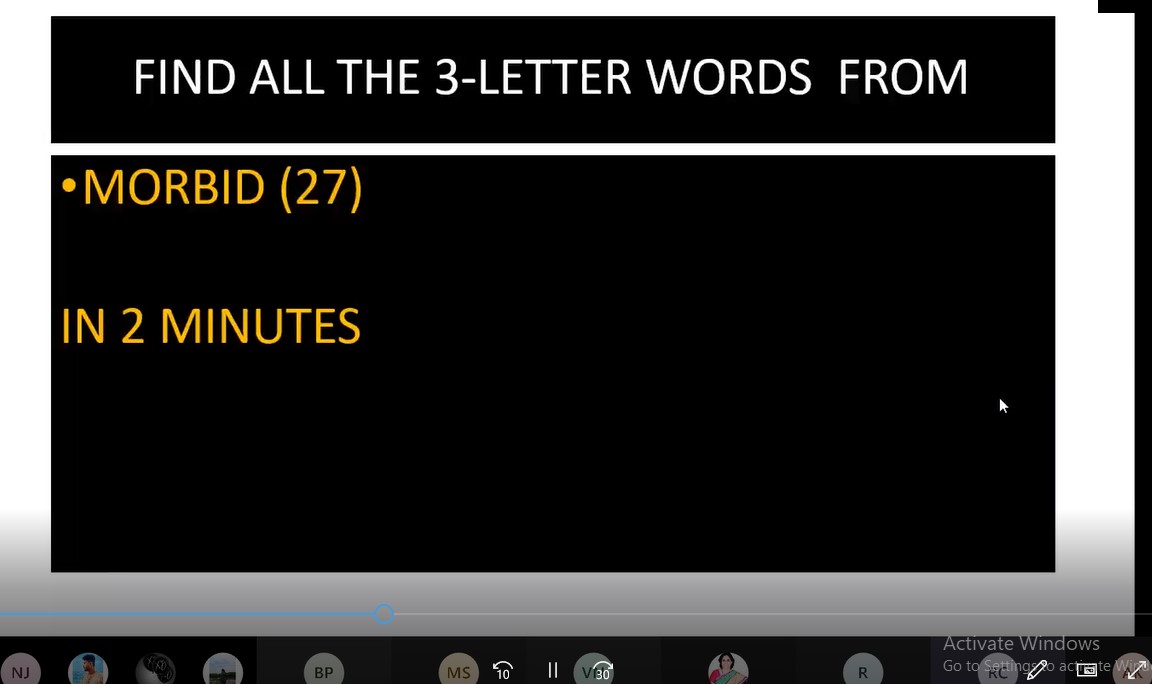 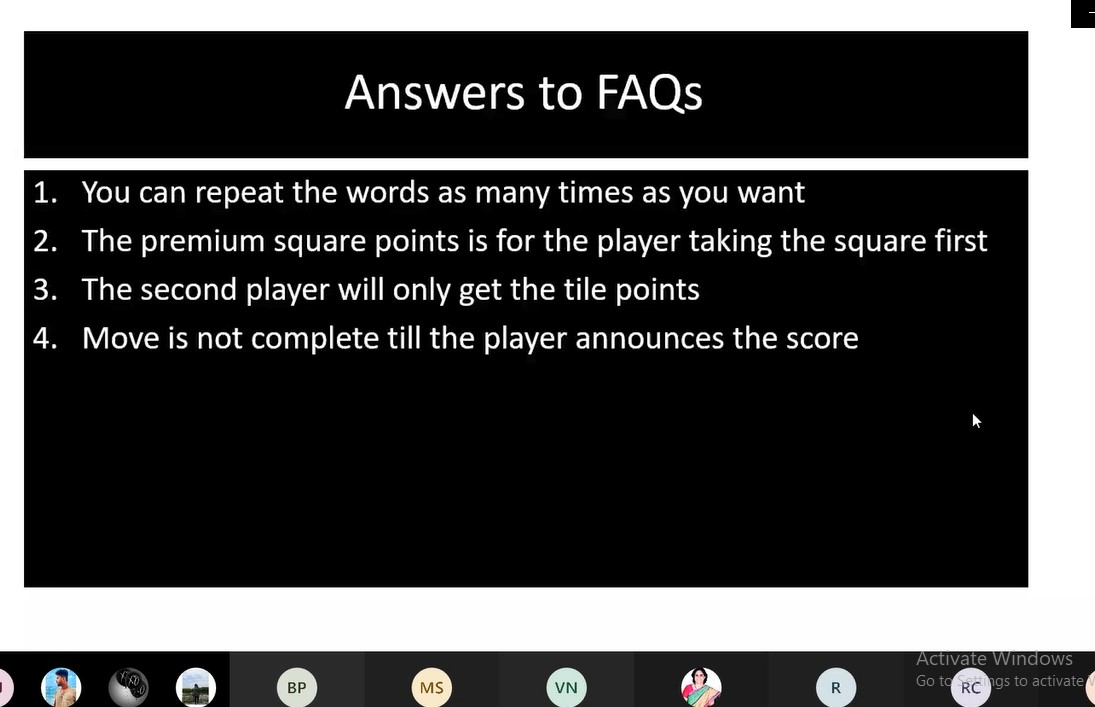