Gyannis’22 – Project Competition for School Students was conducted by the School of Engineering and Technology on 15 September 2022.The event was conducted to celebrate the Engineer’s Day. In this competition, the students displayed and demonstrated the working models of their project. 61 teams comprising of 154 students from 10 different schools participated in the  competition. A team of experts evaluated the projects based on the rubrics formed by the expert committee. Students  participated in this event as a team with a maximum of three members in a team. The topic of the project can be in any area.

The projects were categorized into four sections based on the year of study of the students as follows:

Also, an online quiz competition was conducted for the first-year students of the School of Engineering and Technology. The winners of the competition were honoured with cash prize.

The Engineer’s Day celebration concluded with the Valedictory Programme. Mr. Satheesh Rajamani, Vice President of BGR Energy Systems and Alumnus of HITS (Mech’92) was the Chief Guest. In his speech, he insisted students to be life-long learners and adapt for changes.

The presidential address was delivered by Dr. S. N. Sridhara, Vice Chancellor, HITS. He enlightened the students with the importance of Engineering in making the life better. 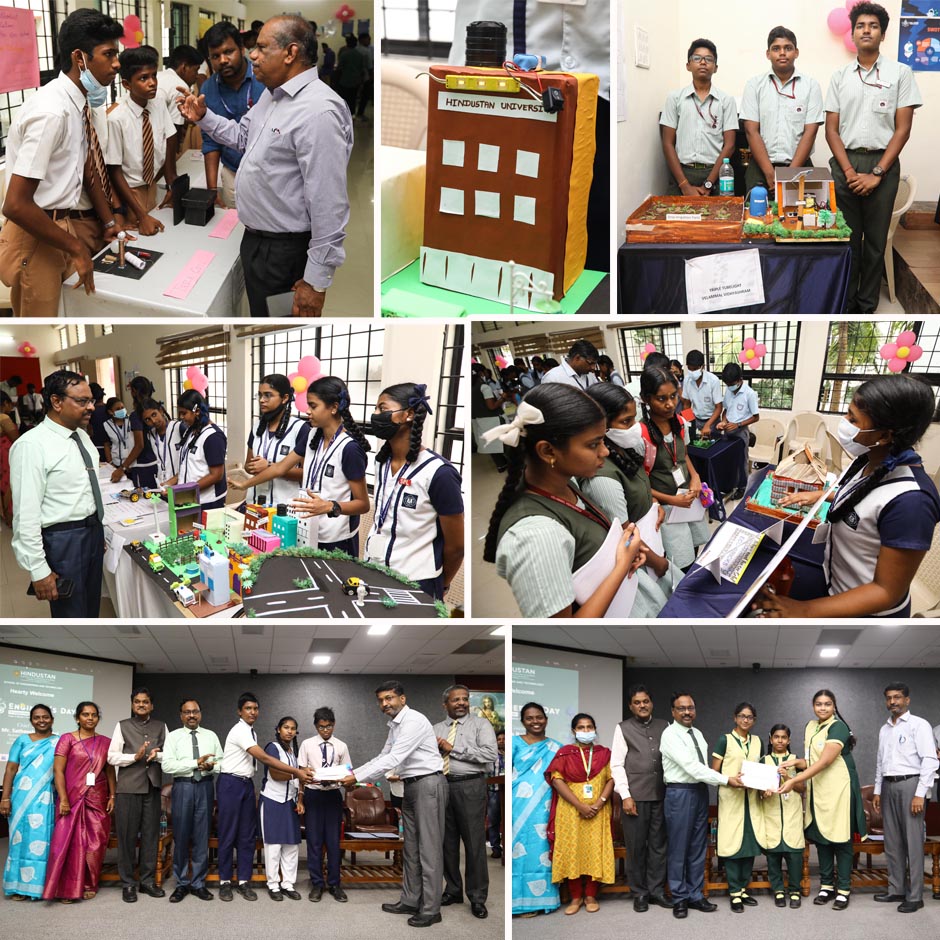