'CUT IT OUT', a video edit event was organised by Athena-The Literary Club of the Department of Languages on 24 July 2021 at 3 PM via MS Teams. The event was exclusive for those who wanted to convey their minds out, on societal issues, current affairs or on upcoming trends in the world; through a 1-2 minute video. The valedictory function for the event was organized on 24 July 2021. The emcees for the event were Roshni Sattar, Second Year, BSc. Food Technology and Varsha Nair, Second Year, B.A English; who managed the event congruously.

The event commenced with an invocation hymn by Varsha Nair, Second Year, B.A English. The Welcome Address was given by Dr. Akkara Sherine, Head of the Department of Languages and Rankings. She welcomed Mr.Jayesh Paniker, the Chief Guest for the day. In her address, she stressed on how story-telling is a remarkable way of communicating one's personal experiences and how it develops our values of understanding. She even emphasized on how stories link people, classroom and beyond.

Priyanka Mishra, Second Year, B.Tech. Aeronautical Engineering introduced the Chief Guest, Mr. Jayesh Paniker. Mr.Jayesh is an alumnus from the 2012 MBA batch from School of Management, HITS; holding a Master’s in Business Administration in Media and Entertainment Management. In his address, he said that the success of a person comes from within the team; and when one works in a team, the outcome is always beautiful. The winners were declared by Dr.Sonu Joseph, Assistant Professor, Department of Languages.

The videos of the winners were played by Avinash Mallick,Third Year, CSE and the President of the Athena Literary Council. The audience were left speechless. The Chief Guest, who was also the judge for the event, reviewed the videos and gave feedback on the same. He stressed on two core aspects of a video-creativity and message. He also mentioned a common drawback which he observed in other videos-that they did not add music. The event concluded with the Vote of Thanks by Yuvan Menen, Second Year, B.A Psychology. 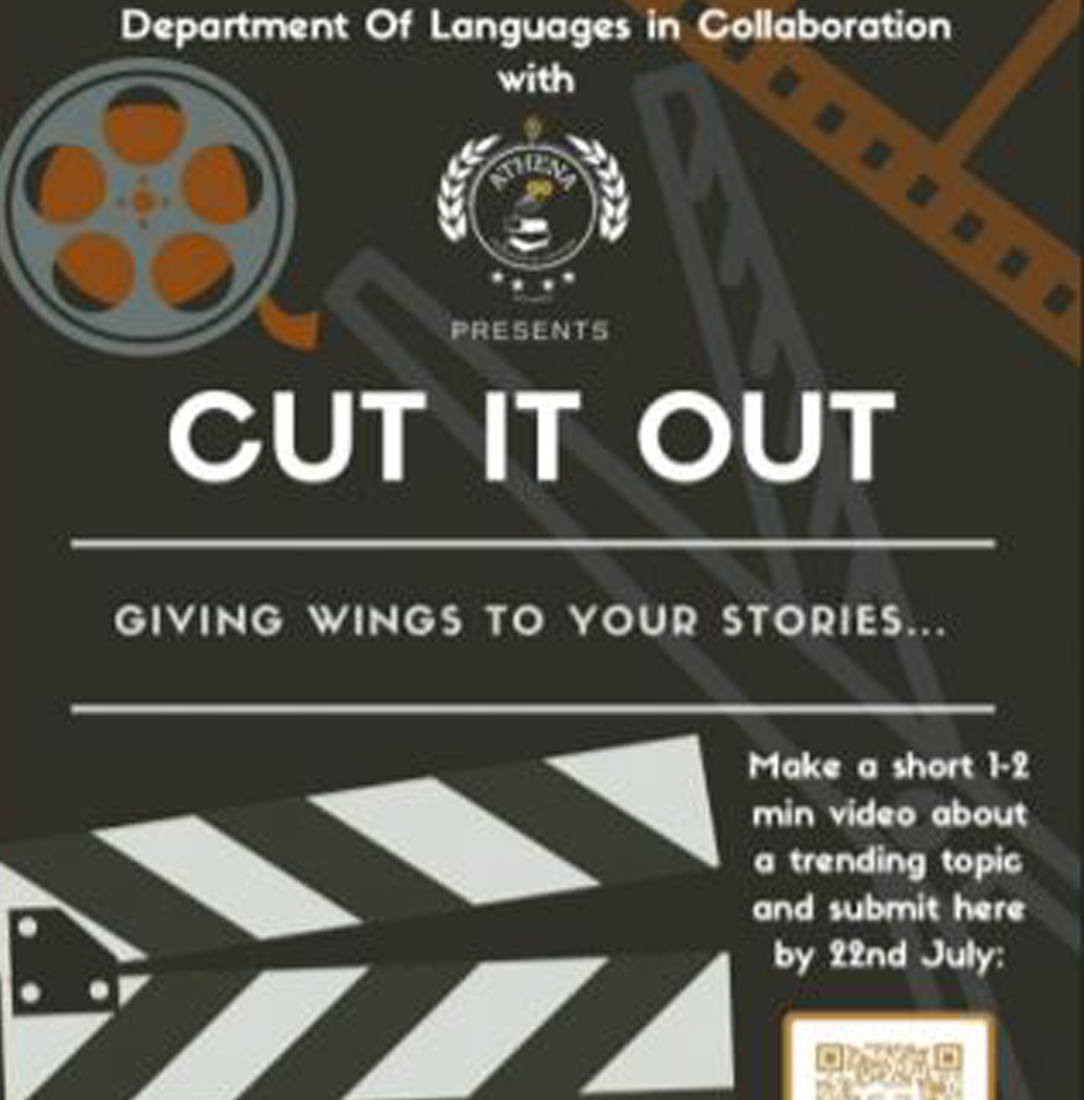