CELEBRATION OF WORLD THEATRE DAY ON "ABOVE AND BEYOND - A SOJOURN THROUGH DRAMA" | Event Date: Wednesday, 27th, March 2019

On 27 March 2019, the Department of Languages in collaboration with Athena - English Literary Club celebrated the World Theatre Day “Above & Beyond” - a sojourn through Drama…at Andromeda Lecture Theatre. More than 450 students, teachers and theatre lovers came to see the event. Ms. ShaanKatari Libby, Advocate and Committee Member of A to Zee Creativity was the Chief Guest of the event.Dr. AkkaraSherine, Head-Languages & Rankings welcomed the gathering and introduced how the Masquerade Theatre Club in collaboration with Crea-Shakthi, one of the leading theatre productions in Chennai, trained 30 students of the clubprofessionally on thenuances of theatre for 30 weeks. This great effort has finally acclaimed to present a full-fledged triple production show on World Theatre Day. Ms. ShaanKatari Libbyaddressed the young prodigies of HITS about the significance of drama and how it has become more intimate and immediatemeans in connecting people in this digital age. With respect to any discipline she says, “Theatre is what it gives you and what comes out of you.”

The Triple Feature play was hosted in three different Acts namely, “The Prisoners,” “Return of the Queen,” and “Anima Verto.”Kaidhi (Prisoner) depicts three men and three stories, all in a single jail cell. Each realizes how small their world is than thought beforedawns reality. In Return of the Queen, the queen awakens from her slumber, to an era unknown. How would she rule this new age is a clandestine!Anima Vertonever fantasized ‘being on one’s shoes’ would be taken so literally when it finds one living the life of somebody in his body.

Ms. Sonu Mathew, Asst. Prof., Languages proposed vote of thanks to the Director, for his vison, mentorship and support throughout the journey and extended her thanks and gratitude to the management, HoD, Faculty coordinators, students and the media partner Madrazbuzz for streaming the event live on you tube. 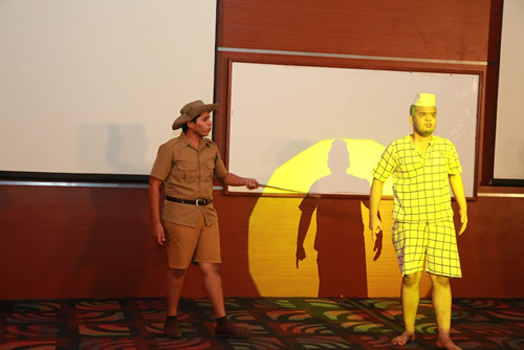 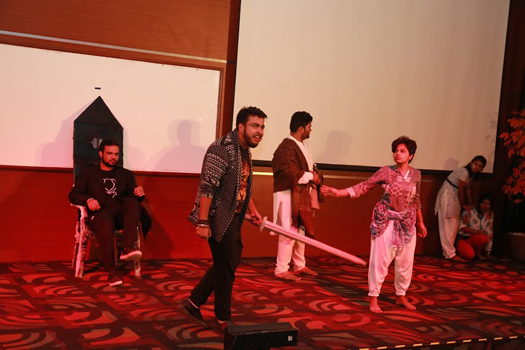 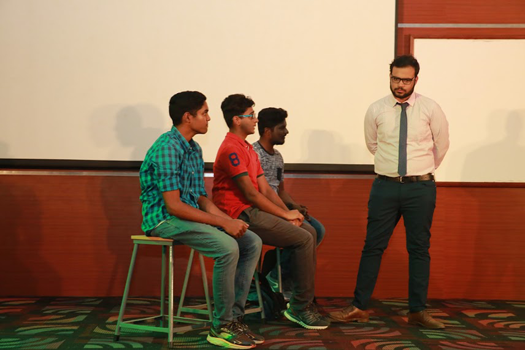 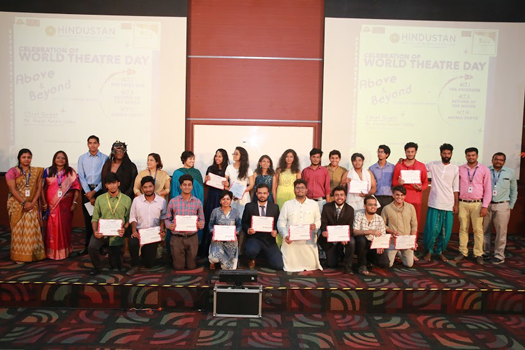