The event commenced with an invocation hymn by Ms. Varsha Nair, II Year, B.A. English, and the President of the Athena Literary Club. Dr. Akkara Sherine, Head, Languages and Rankings welcomed Dr. Mohini Gaurav. In her address, Dr. Mohini stressed how vital it was for students to participate in extracurricular activities. She highlighted how a student’s character development and personal success depended on their extra-curricular activities and their involvement in the same. She also added as to how the word ‘Blaze’ attracted her; as this word keeps us ignited; to quest for a place of creation or innovation, for our existence. Dr.Mohini, reviewed the video performances and gave her general feedback on the same. The winners were declared by Dr. Sonu Joseph, Assistant Professor, Department of Languages and the Faculty Coordinator of Athena Literary Club. The videos of the winners were presented leaving the audience awe-struck. Ms. Sarah Sam Mathew, II Year, B. Sc. Food Technology and the Vice President of the Athena Literary Club proposed the vote of thanks. 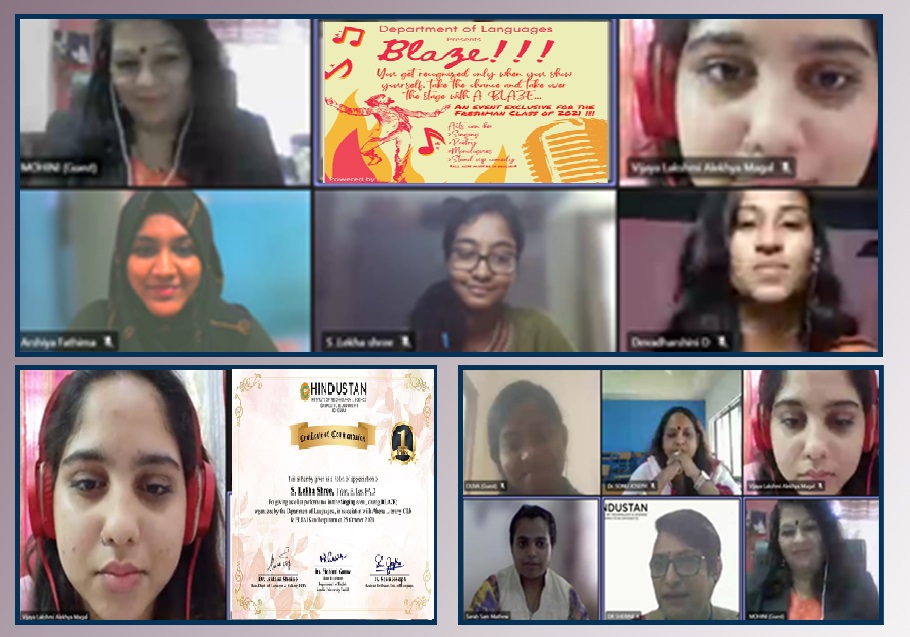