The Office of Student Affairs organised “Anti–Ragging” Campaign cum Rally on 25 February 2022. Students actively took part to promote a culture of ragging-free campus. Dr. A. Prabaharan, Head–Student Affairs in his presidential address quoted the Supreme Court’s definition of ragging: “Any disorderly conduct by words spoken or written on by an act which has the effect of teasing, treating or handling rudeness by any student, indulging in rowdy or any indisciplinary acts. Ragging causes annoyance, hardship, psychological harm or to raise fear or apprehension thereof in a fresher or a junior student”. Dr. A. Prabaharan beseeched students to inform the Head of the institution, if they are ragged or find anyone being raged, as sometimes it becomes so severe that it leads to physical injuries and development of fear of psychosis.

Further, Dr. A. Prabaharan highlighted the roles of “Anti-Ragging” committee which monitors and regularly ensures no act of violence which includes physical or sexual abuse, bullying will go unnoticed or unpunished. He insisted that even after the admission is granted to a student, and if the School finds that he has a history of being involved in perpetrating ragging or violence, the admission may be cancelled or the student may be expelled from the university."

Ms. Afra Banan, Women’s Secretary of the Hindustan Student Council addressed about the ill effects of ragging and expressed that such illegal practices shake the confidence of new entrants in the new institution. Ms. S. K. Priyadarshini, Cultural Secretary of the Hindustan Student Council proposed vote of thanks and mirrored her ragging-free experience at HITS, and reiterated where students should approach when they feel the threat—“Anti-Ragging” committee. 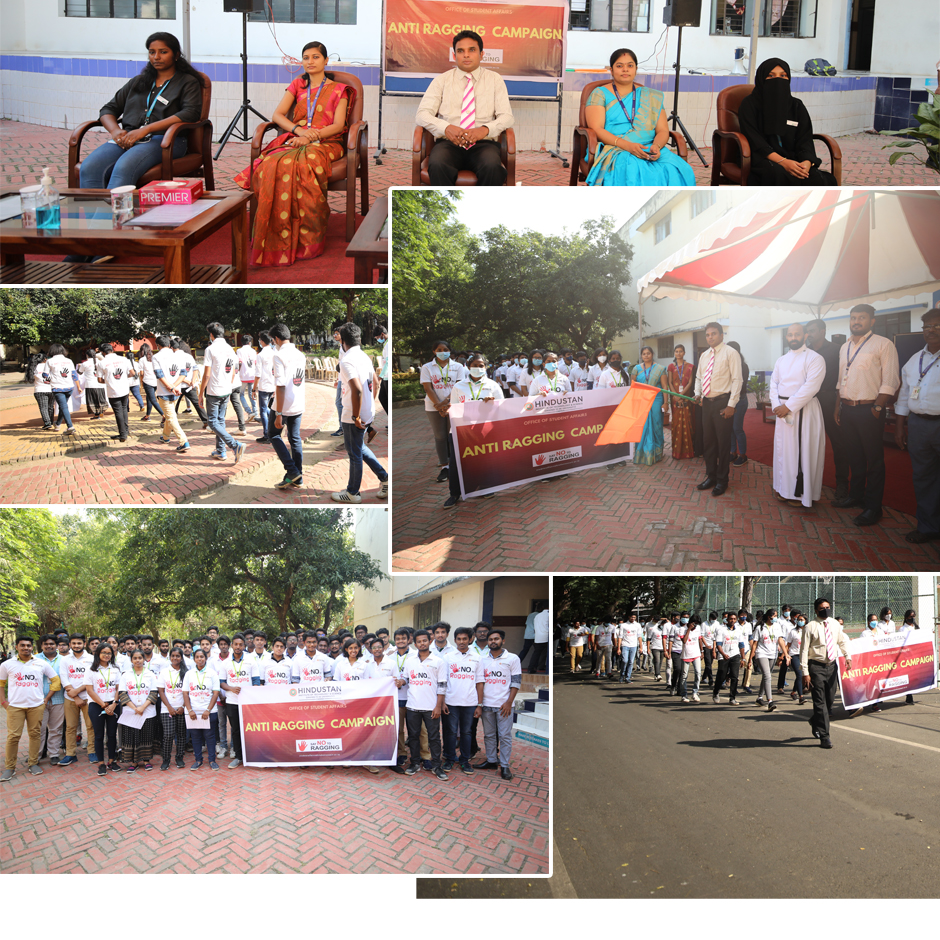