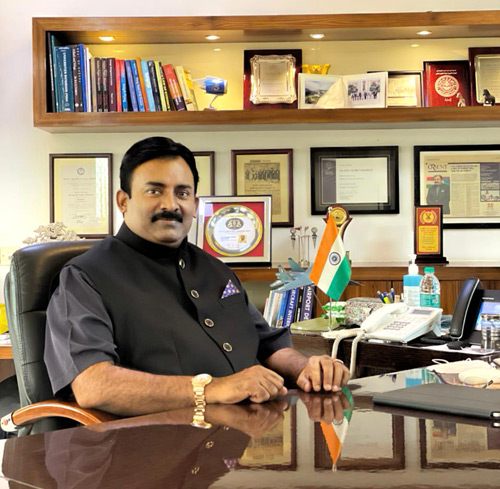 Dr. Anand's managerial experience covers over 27 years in the Education and Aviation sectors.

He has immensely contributed to the overall administration and development activities of the Aircraft Maintenance Engineering department and the establishment of TIFAC-CORE, a Research Centre with a total project outlay of Rs.13.72 crores at the School of Aeronautical Engineering-the first of its kind in the country to develop the readily employable workforce for the booming Aviation Industry. He has also dedicated himself to developing the Hindustan Institute of Technology & Science, Padur, declared as Deemed University under Sec. 3 of UGC Act 1956, approved by the Ministry of Human Resource Development, Govt. of India.

Dr. Anand's commitment towards human welfare has fetched him notable accolades such as