Dr. K. Saravanan, Senior Vice President, Eversendai Construction Private Limited, Chennai delivered a lecture on the “Design Aspects and Construction of the Statue of Unity-the World’s Tallest Statue of Sardar Vallabhai Patel. ”He explained the various loads such as static and dynamic loads considered in the design of the Statue of Unity and also the construction details of the inner concrete core, primary steel structure, secondary steel structure, tertiary steel structure and the bronze facade. The functions of the tuned mass damper provided in the statue were elaborated. In addition, the challenges involved in the construction of the 182m tall statue was explained with photos much to the vivification of the participants.

Mr. V.P. Arunkumar, Lead Engineer, M.N.Dastur& Company Private Limited spoke on the “History of Pre-Engineered Building (PEB)” industry and the advantages and applications of steel structures. He explained the components of PEB,differences between PEB and conventional steel buildings, applications of cold-formed steel as secondary members in construction, bracing systems and trusses roofing. Videos displayed projected the failure of steel buildings and provided enlightening information to the audience. It was quite interesting to note that both the resource persons are alumni of HITS: while the former carried out his research, the latter pursued Master’s degree in Structural Engineering. 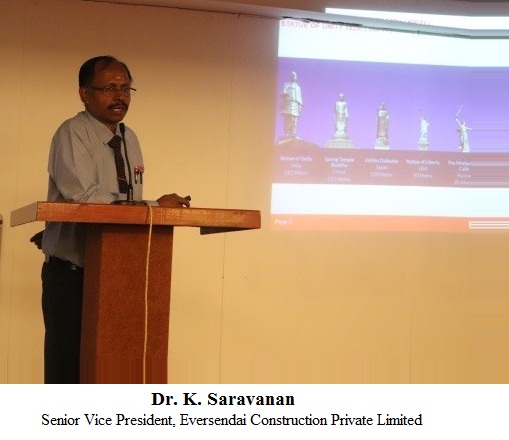 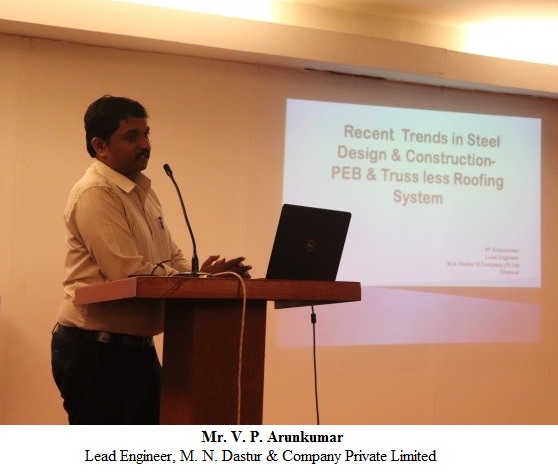 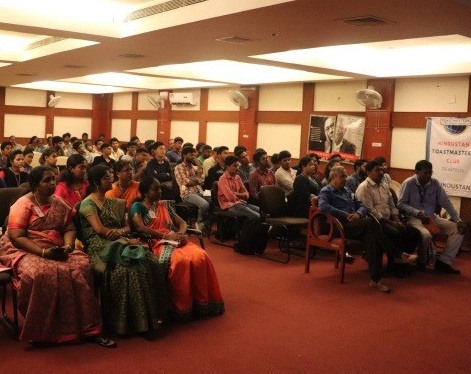