At the outset of the programme, there was a word of prayer by Rev. Jobi Varghese, Student Chaplain followed by the ‘lighting of the lamp’ by the dignitaries. Dr. Pon. Ramalingam on delivering the welcome address announced that the National Folk Festival provides a platform for 10 teams comprising 135 artists to exhibit their talents. He emphasised the commitment HITS has towards extracurricular activities, arts and sports and pointed out that presently 150 students admitted under the sports quota and are provided free education and other facilities. Prof. M. Balasubramoniam in his address appreciated the cultural ambience of the campus and commended the management for maintaining the same. He elaborated on the vision of the South Zone Cultural Centre that comes under the Ministry of Culture, Government of India stating that the Centre aims to promote and bring together indigenous cultures of 5 states and 3 union territories that come under the zone. He concluded his speech with a word of gratitude towards the management of HITS for the opportunity to propagate Indian culture and heritage. Dr. K.P. Isaac’s address highlighted the importance HITS gives to arts and art education. He pointed out that witnessing such an event in HITS is a great opportunity and thanked Prof. Balasubramaniam for choosing HITS to host the event. He noted that HITS offers minors for B.Tech. students in music, drama and other arts and reflected on the possibilities of fusion of arts and technology citing the possibility of using Fuzzy Logic to compose music. Dr. G. Ilavazhagan proposed the vote of thanks.

The inaugural event also showcased a brief preview of folk art forms from different states. The performance segment began with a special performance by Dr. Malathi Hariharan followed by folk art performances from Karnataka, Maharashtra, Kerala, Sourashtra, Telangana and Tamil Nadu. Pooja Kunita, a folk dance form from Karnataka; Lavani, a combination of traditional song and dance from Maharashtra; Kalaripayattu, the martial art form of Kerala; Siddi Dhamal, a unique dance form, of the Siddi community of Gujarat; Mathuri folk dance of Telangana; and Thappattam, a rural folk art, by a team from Pondicherry were a feast to the audience.

Day two of the National Folk Festival was a celebration of folk and tribal dances from all over India. The programme opened with a performance of Badhai Nrithya, a folk dance performed on occasions of birth, marriages and festivals in the Bundelkhand region of Madhya Pradesh. Followed by it was Thappetta Gullu, a ritualistic folk dance from northern coastal districts of Andhra Pradesh originally performed by cowherds and shepherds to appease the rain goddess Gangamma. Next on stage was the Ghoomar dance, a folk dance from Haryana, followed by Thappattam, a traditional folk art form from Tamil Nadu that includes drummers who danced and played their (Thappu) drums to the accompaniment of instrumental music. The next performance was Siddhi Dhamal, the folk dance of the Siddhi tribe from Gujarat, with its origins in Africa. The dancers often came down to meet the audience and made the performance livelier. The performers breaking tossed coconuts on their foreheads was a highlight of this performance. Lavani, a combination of traditional song and dance, from Maharashtra was staged next where gracefully dressed dancers matched their steps to festive music led by a melodious vocalist. Kaaliyattam, a folk dance form of Puducherry, enabled traditional music mythical figures like goddess Kali and her entourage came alive on the stage. Following it was the traditional martial art form of Kerala Kalaripayattu. Agile performers revealed the possibilities of the human body in self-defence through means of hand fight, ruler fight, long stick fight, sword fight, weapon fight, step presentation, etc. The second last item was Lambadi a dance form from the Telangana region. The ten traditionally dressed dancers stepped to the enthralling drum beat and showed the audience a memorable synchronised dance movement. The last performance was from Karnataka and was titled Pooja Kunitha. This is generally done during the temple processions of the deity. Two dancers to the beat of drummers balanced the deities on their head on a brass pot. The drum beat was quite lively and the balancing act of the dancers kept the audience spellbound. The evening through its variety reminded the audience of India's diversity, reinstating the objective of South Zone Cultural Centre – integration of India through culture, art and heritage.

The proceedings of day three of the National Folk Festival began with a medley of Karagattam, Kavadiattam and Poikkal Kuthirai Aattam, folk art forms from Tamil Nadu. Karagattam involved dancers with karakam (pots) balanced on their heads dancing to the tunes of signature music played by the accompanying musicians. In Kavadiattam male dancers performed with kavadi (ornate bows) balanced on their shoulders. Then dancers with a dummy peacock and horse joined the dancers on stage. The second performance was Ghoomar, a folk dance from Haryana. The circular movements of the brightly dressed dancers was really spectacular. Next on stage was the Nourata dance, which is usually a ritualistic performance, from Madhya Pradesh. Women dressed in vibrant colours with pots balanced on their heads danced while male performers entertained the audience with their pyrotechnics. The grand event concluded with a photo-shoot involving all the dance teams in their traditional costumes. 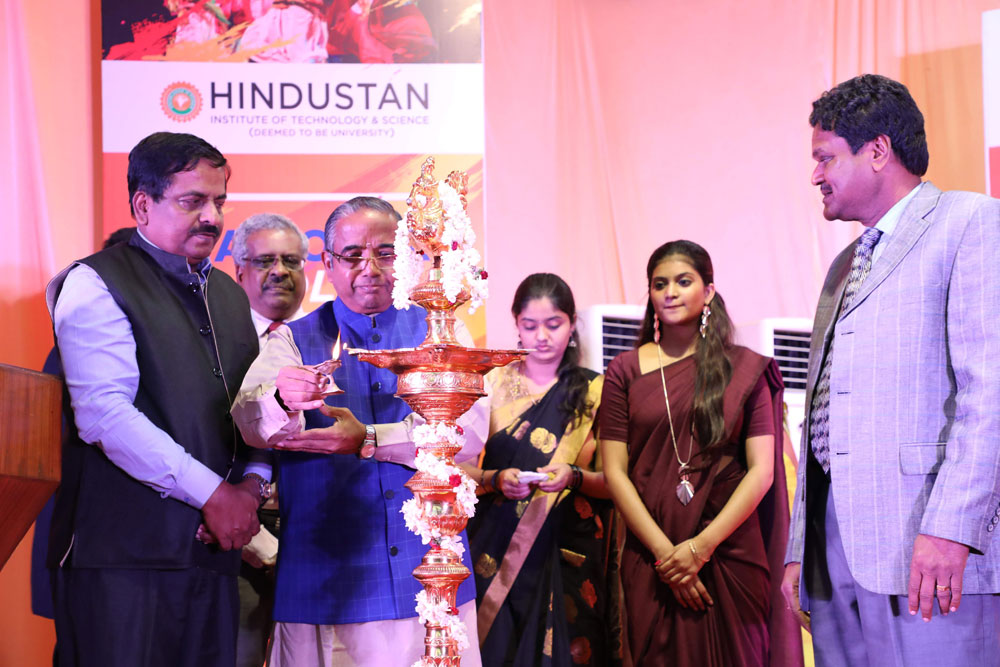 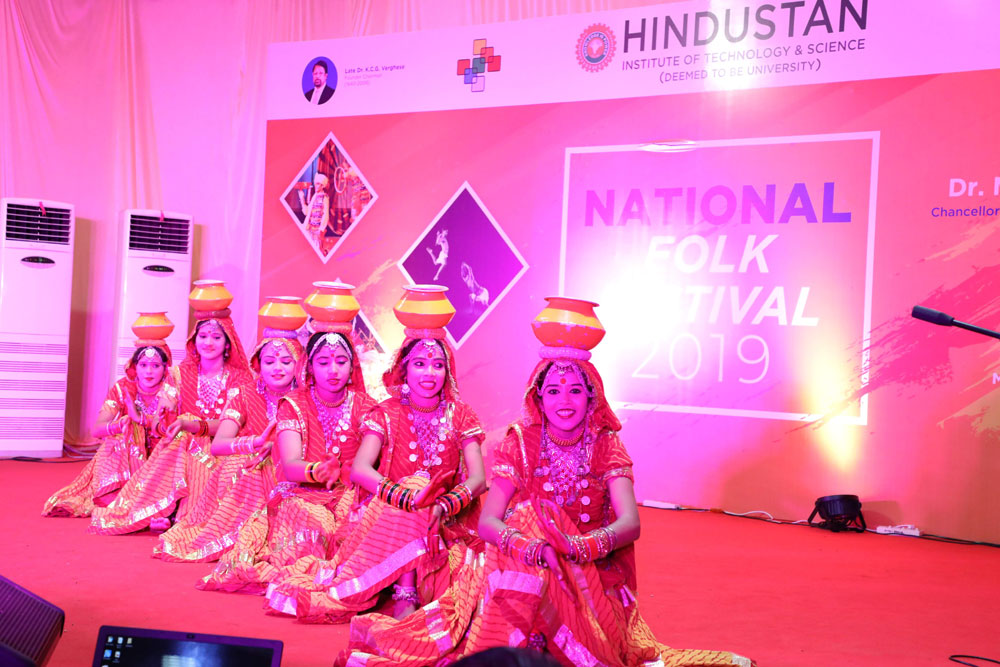 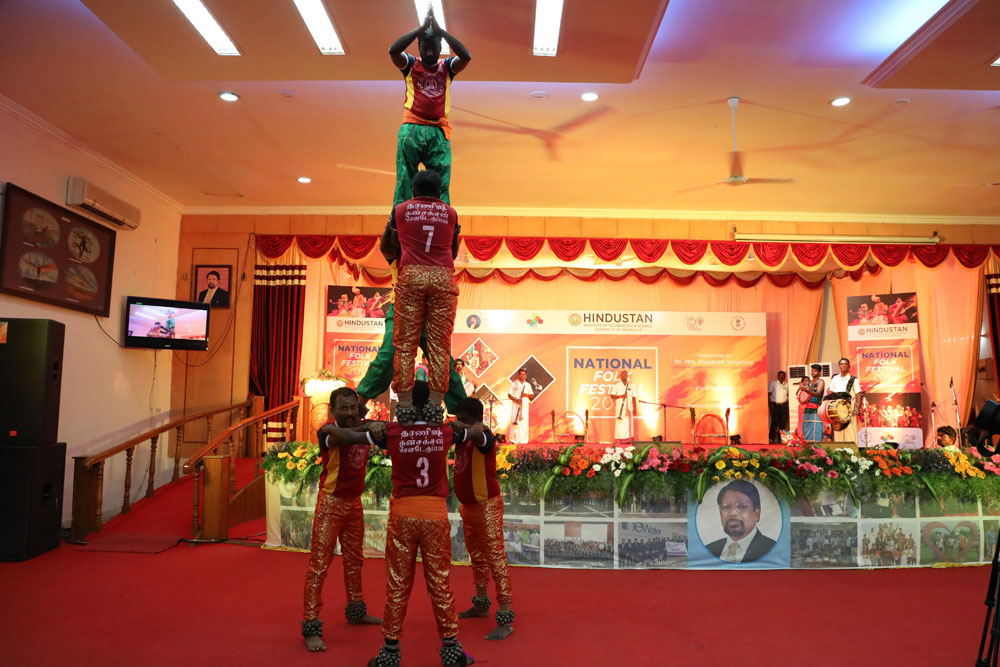 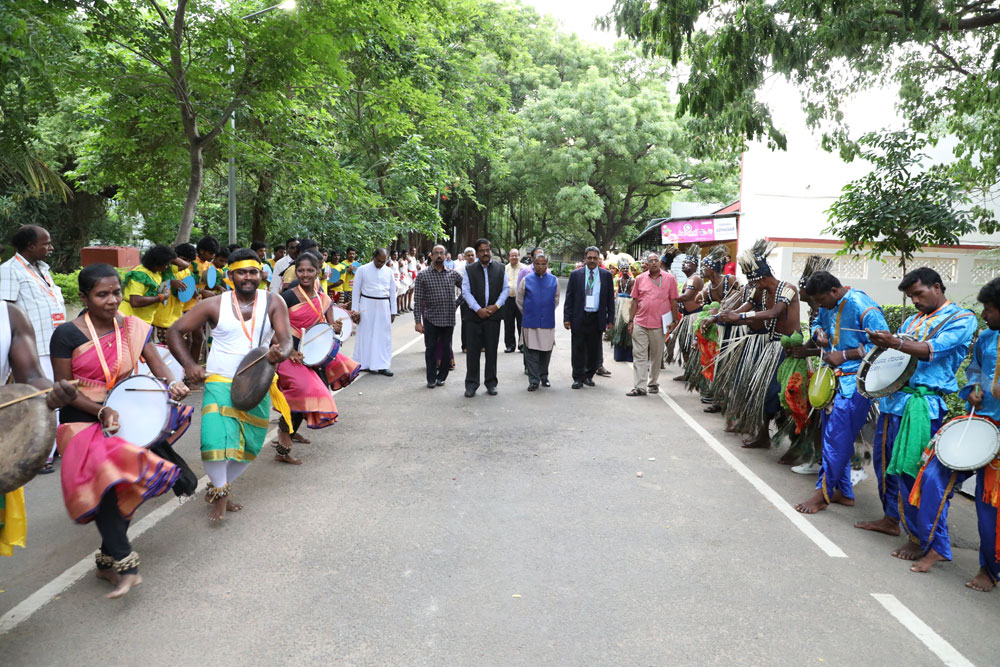