La Francophonie: International French language and culture festival was observed at HITS on 20 March 2022. Dr. Akkara Sherine, HoD-Languages welcomed the students and wished all, a Happy French Language Day! She briefed on the importance of learning foreign languages to and upskill oneself. Ms. Varsha Nair, II Year BA English, HITS rendered a melodious French song. This was followed by a competition for all those students who had opted for French at HITS. Ms. Clarisse, Assistant Professor, French gave a presentation on French culture and language and the role of International Francophonie organisation. The staff and students were invited to participate in a giant Kahoot Quiz. 20 random questions about French food, politics and culture were given and everybody had to pick the correct answer from the Kahoot app on their smartphones. At the end of the game, first, second and third place were rewarded with prizes, one of which was a homemade French jam from Ms. Clarisse! 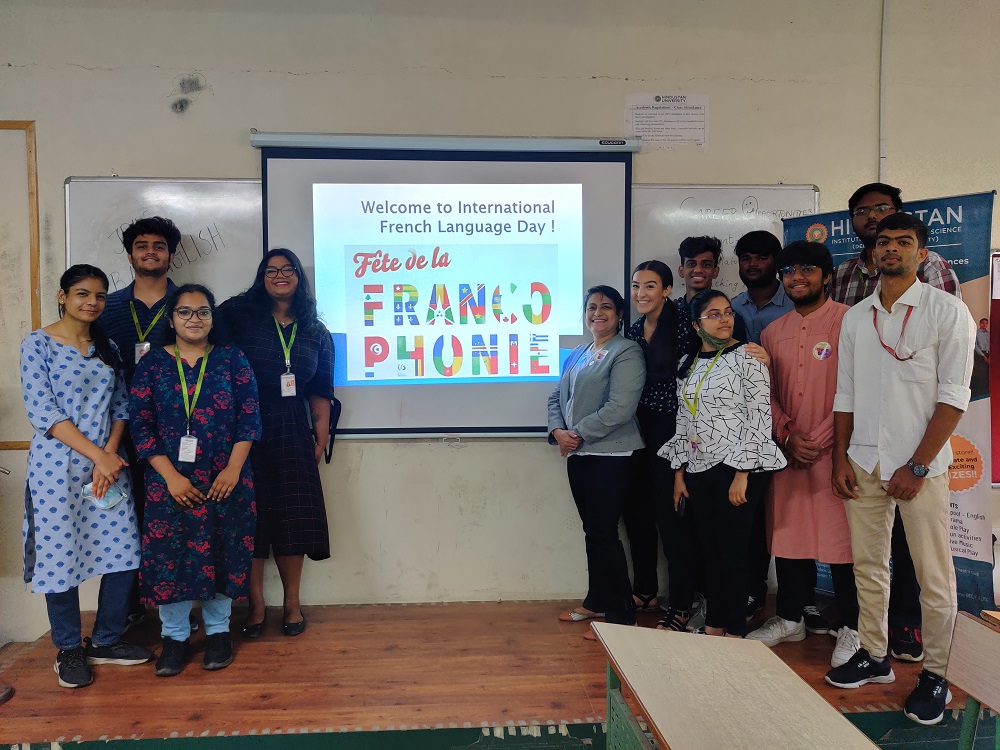