The Founder’s Day was observed at Hindustan Institute of Technology and Science to celebrate the 79th Birthday of the Founder Chairman, (Late) Dr. K. C. G. Verghese on June 20, 2019. The Founder’s Day is celebrated every year with zeal to commemorate the Birth Anniversary of the Founder Chairman, Dr. K. C. G. Verghese whose motto was to “Make Every Man a Success and No Man a Failure.” This year’s celebration was marked by the Launch of the School of Law. The event was graced by Dr. Mrs. Elizabeth Verghese, Chancellor, Hindustan Institute of Technology and Science. She also delivered the Presidential address which illustriously described the visionary life of Dr. K. C. G. Verghese. She also announced that a scholarship of 25% will provided to those students of HGI who would like to pursue a course under the School of Law.

The event witnessed the august presence of eminent personalities from various fields. The Founder’s Day message was delivered by Rev. Isaac Johnson, St. Andrew’s Church (The Kirk) Egmore. In his address, the reverent insisted on three aspects: Vision with clarity, Mission based on character, Passion to be controlled. He also said that Dr. K. C. G. Verghese understood the priority of life and he lived a life beyond lifetime. He directed his character to achieve his vision.

The special address was delivered by Sri. Kasu Venkata Reddy, Former Member of Parliament and Minister, Govt. of Andhra Pradesh. He said that Dr. K. C. G. Verghese was his friend. He also recorded his personal rendezvous with the Founder and pointed out that Dr. K. C. G. Verghese was a philanthropist. Sri. Kasu Venkata Reddy advised the students of HGI to maintain a good character so that the nation flourishes.

The Inaugural address of the Launch of the School of Law was delivered by Hon’ble Justice Abraham Mathew, Judge (Retd), High Court of Kerala. He insisted that the quality of law education is important. He also added that globalization led to the need of law colleges. He said that brilliant law students are hired by the corporate industry. He urged that the law students should be present in the parliament and legislative assemblies. He said that law is skill-based and should be taught in a practical manner. He provided tips for the faculty to make their classes effective and fruitful. He urged them to inspire the students so that the students may understand their legal rights. He concluded his speech by declaring the School of Law at HITS open.

The programme concluded with the National Anthem. 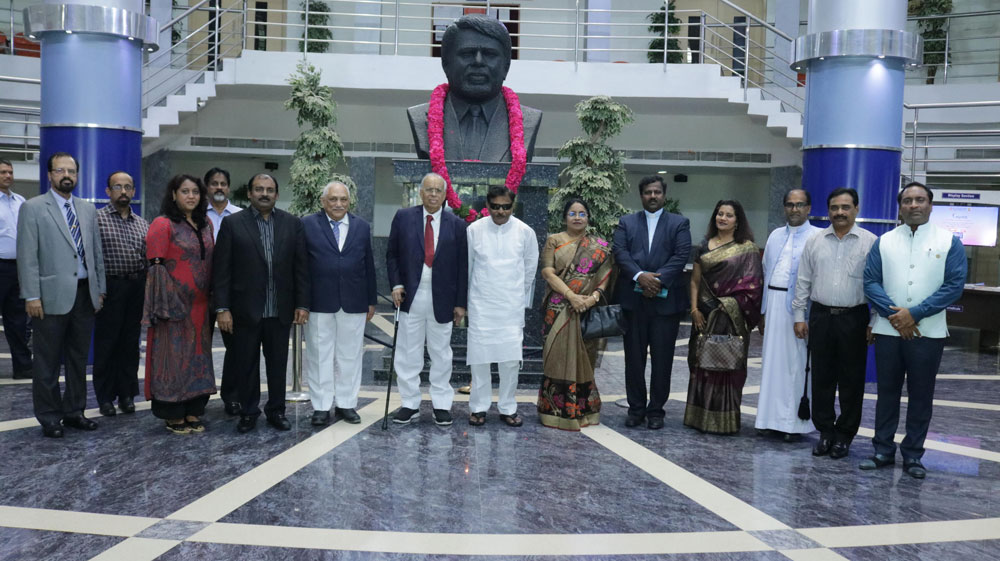 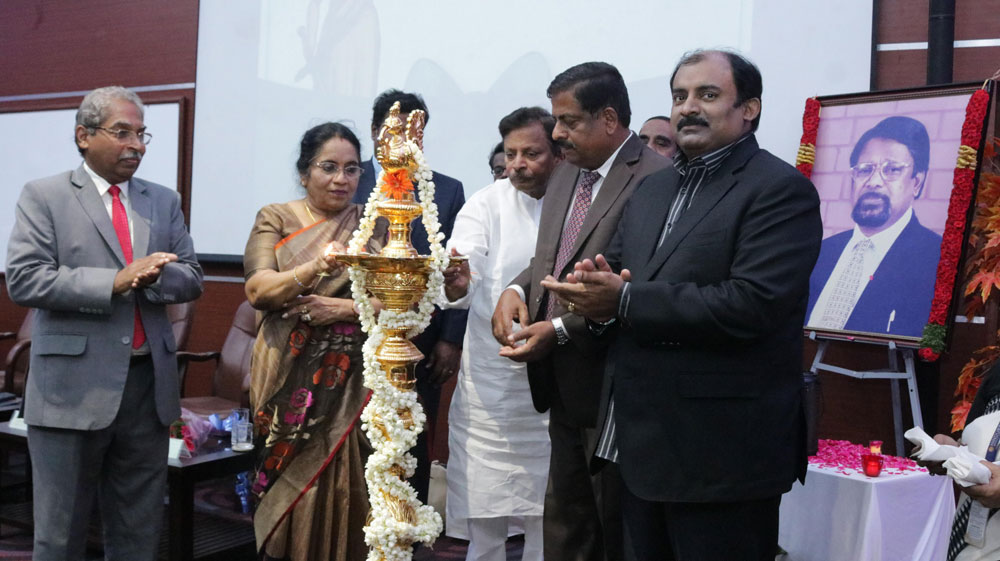 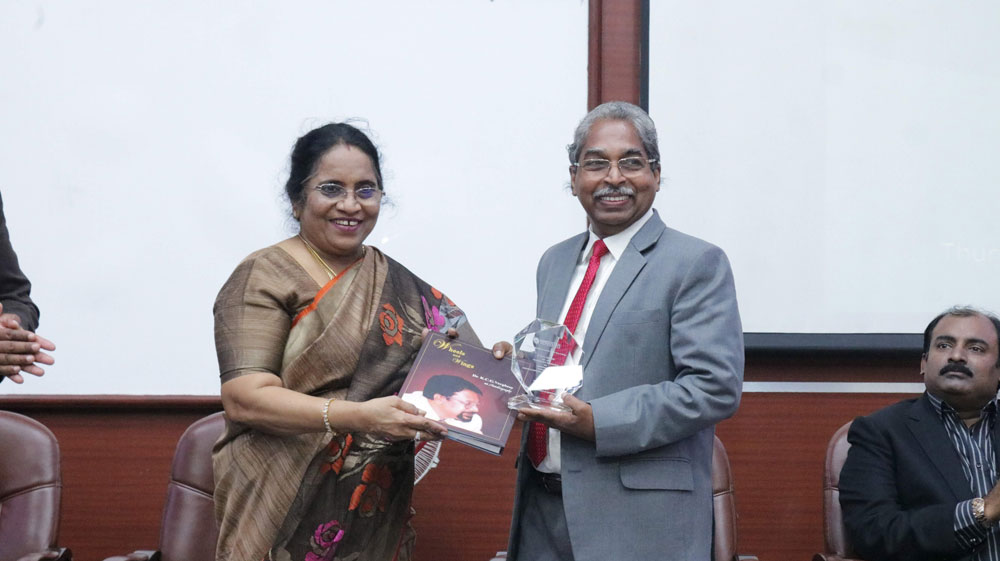 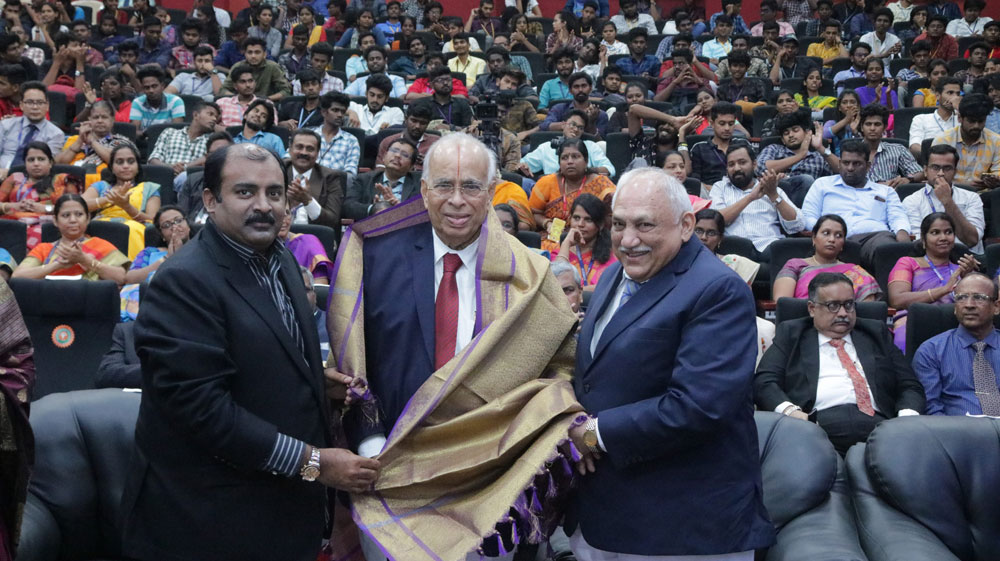 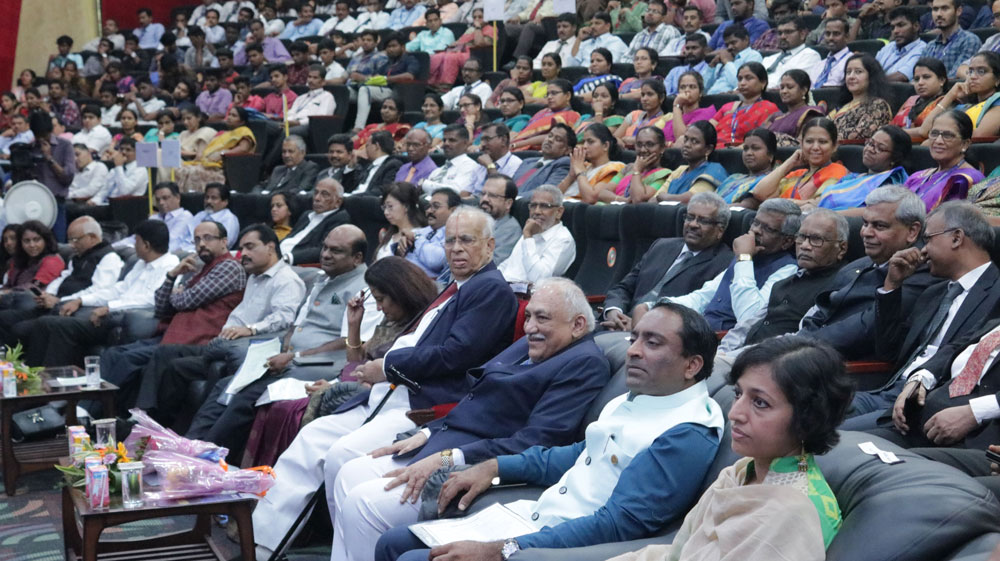 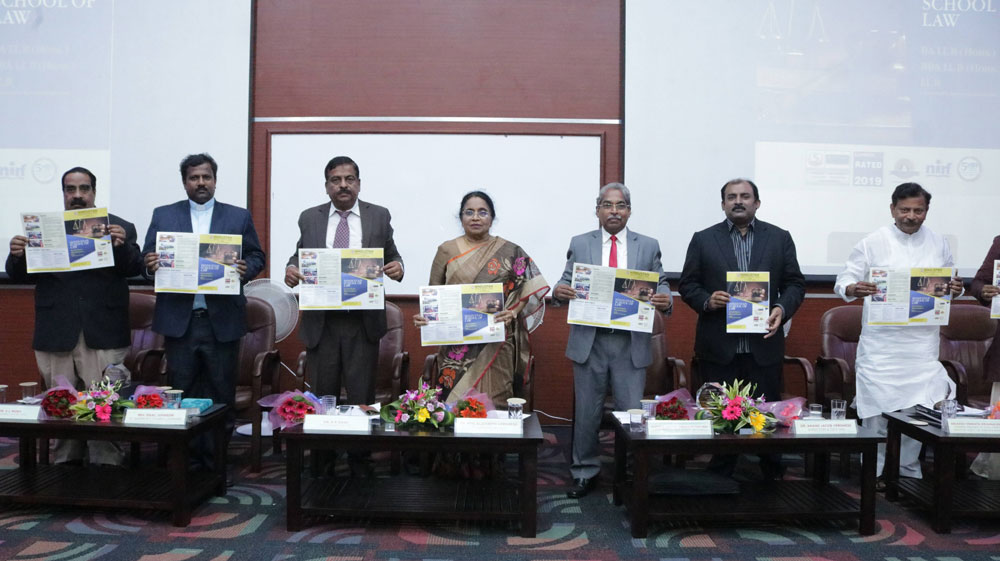