Dr.H Devaraj, Former Vice Chairman UGC addressed the gathering by sharing his experiences as a teacher and cherished few moments of his tenure at UGC. He pointed that the respect he got from The Central Education Minister was not because for his position at UGC but due to his profession as a Teacher.

The chief guest was honoured by the Vice chancellor with a memento and a portrait which was done by  Dilshad Basheer K from SPADE. Chief Guest was overwhelmed by the portrait and he congratulated the student on stage.

Dr.Sonu Joseph, Asst prof of Dept of Languages  announced the Awards for internal and external staffs and prizes were distributed by the Chief Guest. CODE also sponsored cash awards for the staffs.

Arshiya Fathima of 2nd yr mechatronics dept  raised a toast for teachers- Head of Ogma Note, Wing of Athena Literary club. After the warm toast, the music team took over ,to make everyone move and groove. LekhaShree Suresh of 2nd year B.Des fashion and NilaEllyaLama  of 2nd year BALiterature, gave an amazing performance by singing a duet followed by Calvin Edgar and team with their amazing  band performance.

The grand celebration came to an end with the vote of  thanksby Nithin Thomas, Vice President of students council . The celebration was hosted by PrathyukshaNair  cultural secretary of the student council.After the vote of thanks the event ended with the national anthem. 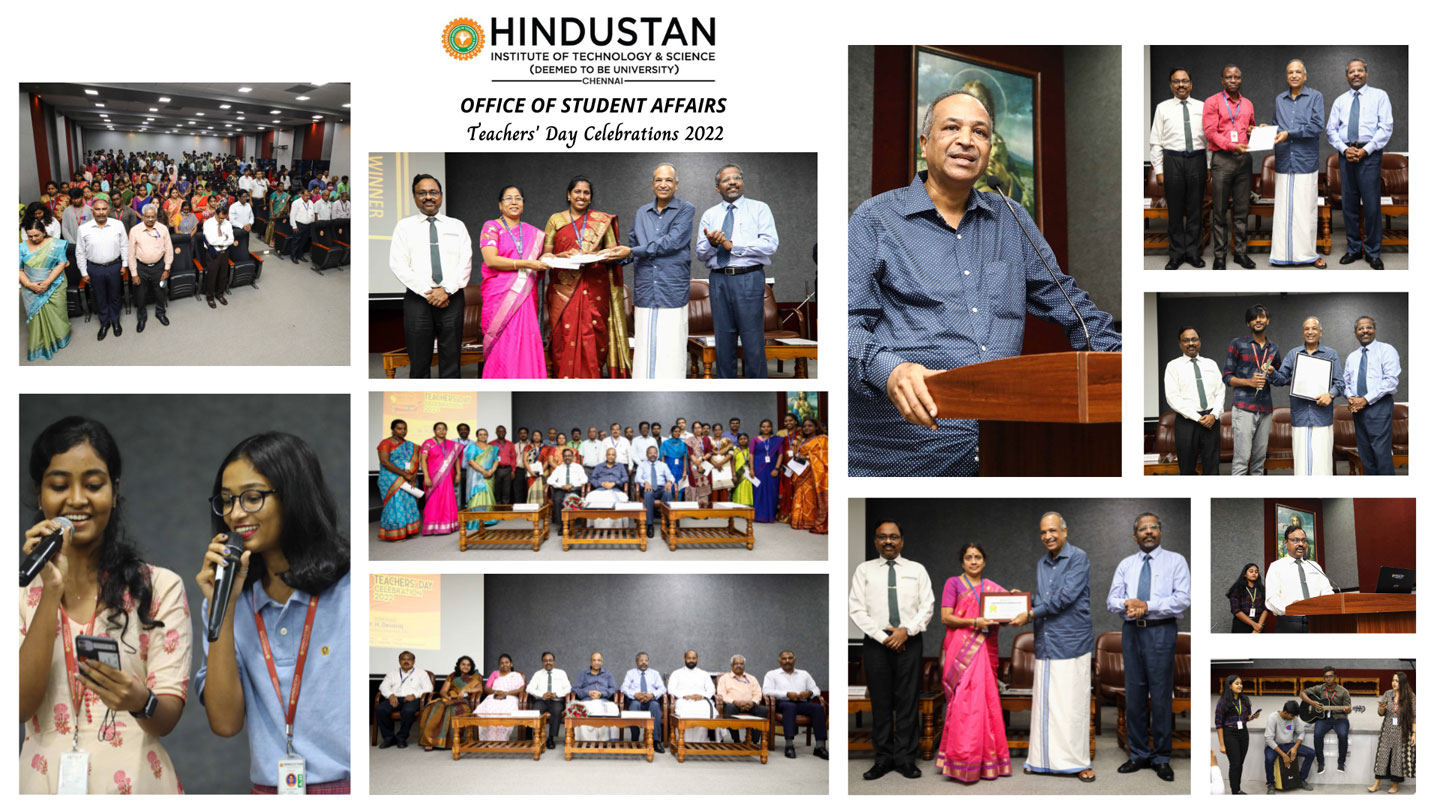