“The Dinner Dilemma”, a mega musical drama was staged by Hindustan Masquerade Theater Club, a subsidiary of Athena - the Literary Club of the Department of Languages on 29 March 2022 at Andromeda Lecture Theater, Jubilee Block. Observed as a part of World Theatre Day celebrations, this musical extravaganza, “The Dinner Dilemma” was filled with a lot of twists, songs, and of course dance.

The event commenced with a word of prayer by Rev. Justin Jose, Student Chaplain, followed by a prayer song by Stuti Goyal, Second Year, B. Tech. Aerospace Engg. Dr. Akkara Sherine, Head, Languages and Rankings delivered the welcome address and introduced the Chief Guest, Mr. Michael Muthu, Indian Director, Actor and the Founder of Broadwalkers Theaters. Dr. S. N Sridhara, Vice Chancellor stressed on being expressive and exclaimed that an expressive person is always successful. He touched upon how theater becomes the escape route to come out of stress; and highlighted the Navras of Theatre-the 9 emotions that are displayed through drama; inclusive of facial and body expressions. Mr. Michael’s simple and humble address revealed how theater and acting had always been his passion. The stage was then all set for the commencement of the play which ran for about an hour. The actors were brimming with their fullest energy throughout the play. The elements of sarcasm, wit and humor were at peak. The surprise pieces of music and dance definitely did spice up the performance. The encomium for the performance was given by Sarah Sam Mathew, Second Year, B. Sc. Food Technology and the Vice President of the Athena Literary Club. The event concluded with the Vote of Thanks by Dr. Sonu Joseph, Assistant Professor, Department of Languages and the Faculty Coordinator of Athena Literary Club. Jane Carolyn, Final Year, B. Tech. IT Cybersecurity and Sri Ratan, Second Year, B. Tech. Aeronautical Engineering compered the event.

About “The Dinner Dilemma”

An anxious Brooke is expecting her boss home to ask for a promotion. But her toxic husband, Donny, refuses to do so because of both Brooke's failure in the past, and the boss' attitude. The play runs along a journey of managing the family to get a dinner ready by the time the boss arrives. Of course, until they all realise it would be their biggest mistake of their lives! 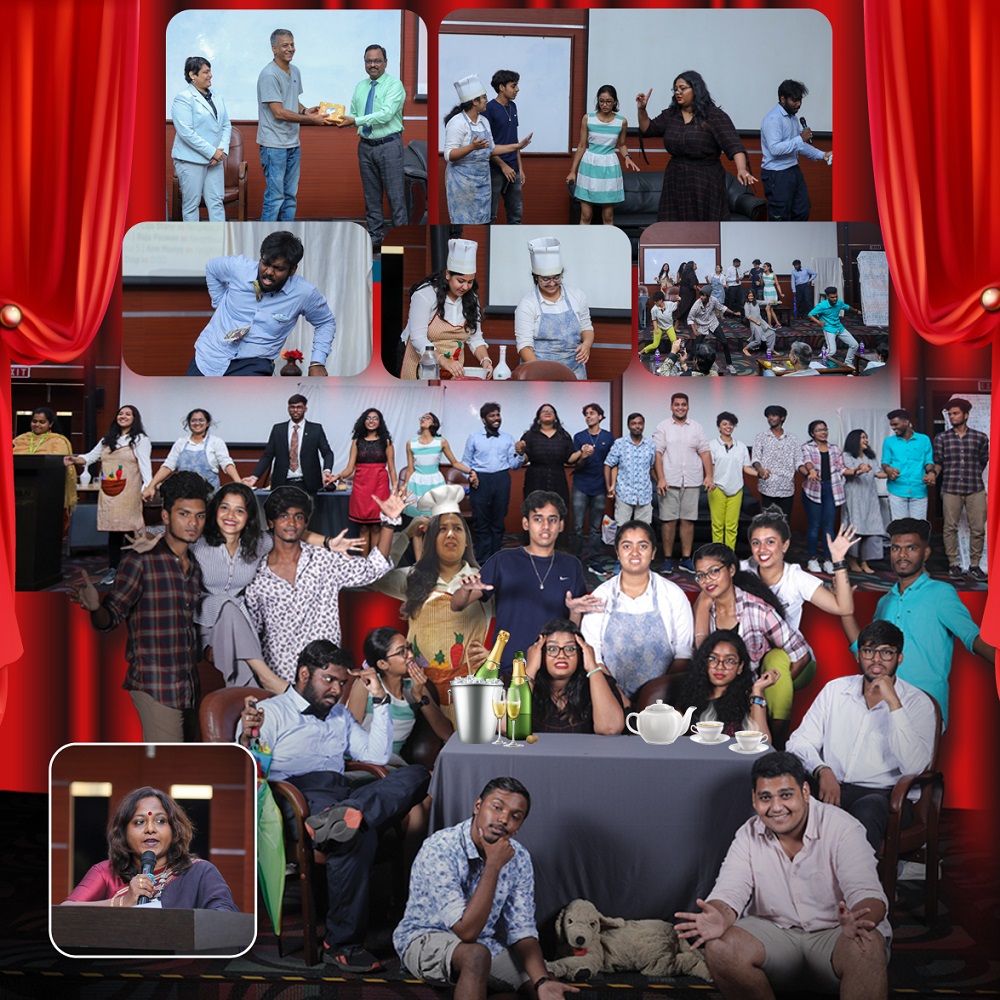