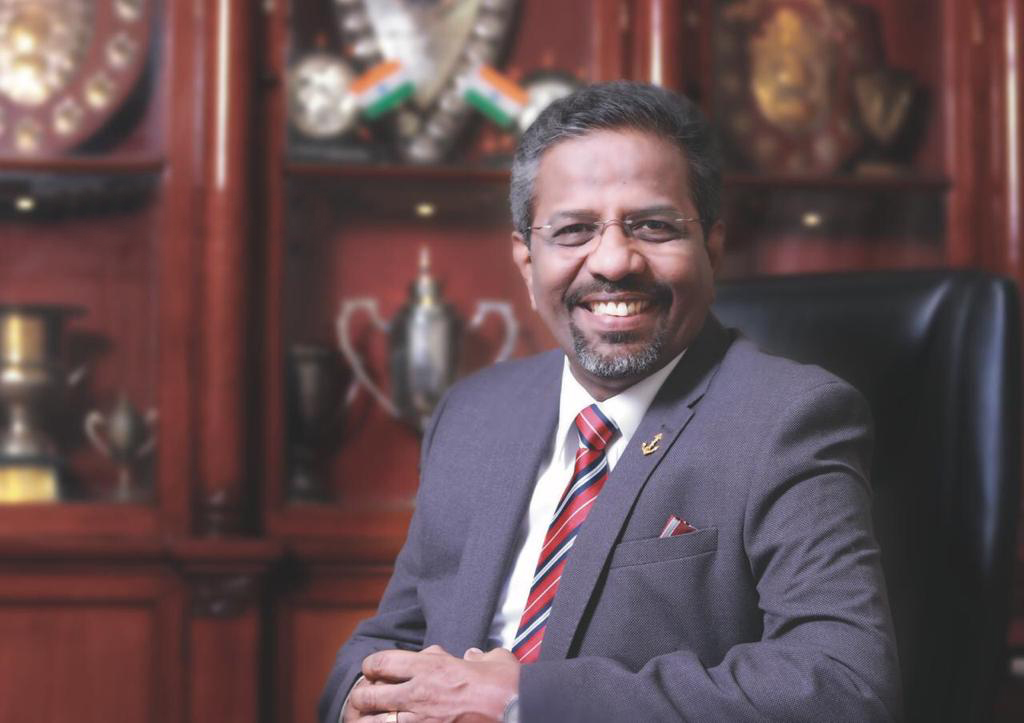 Dr. R. W. Alexander Jesudasan, a dynamic leader, world-class educationist, professional researcher, and an able administrator, with more than 34 years of experience is currently the Pro Vice-Chancellor of Hindustan Institute of Technology and Science (Deemed to be University), Padur, Chennai, TN, India. He was formerly the Principal & Secretary(2009 - 2020) and Head, Department of Zoology(2008 - 2010), Madras Christian College, Tambaram East, Chennai. Of particular interest to him is how innovative education and strategic management can enhance the standards of Higher Education scenario in Asia and the World. Dr.Jesudasan's area of expertise spans across Entomology, Pesticides, Applied Zoology, Higher Education Enhancement, etc.

He was trained both within and outside India, and mention may be made here to emphasize that he is an alumnus of Madras Christian College. He obtained his Ph.D. and D.Sc. in Entomology from the University of Madras. His research interest is capped through his carrying out funded projects by National & International agencies of immense repute, guided ten Ph.D. scholars and published nearly 160 high quality research papers in journals of great repute and presented research papers in organised both within the country and abroad.

He has won several accolades like the AZRA (Applied Zoologists Research Association) Young Scientist Award for 1995 for his outstanding contributions in the area of Applied Zoology, the Smt. Edita David Memorial Award for 2006 recognising his contributions on Whitefly-Ant interaction, the Best Principal Award for 2012 from the All India Association for Christian Higher Education, New Delhi, the Maxim Gorky Life Time Award from the Russian Centre of Science and Culture Science in 2013 in recognition of renowned professional attainment, the Award for "Excellence in Higher Education Management" from His Excellency the Hon'ble Governor of Tamil Nadu, in August 2014, the Loyola Environmental Award from Loyola College, Chennai, in December 2014, the International Education Appreciation Award from Pennsylvania Centre for International Exchange and Partnership, USA in July 2015, Dr. Radhakrishnan Award from Association of Self-financing Arts, Science & Management Colleges of Tamil Nadu, Coimbatore, for outstanding service as Principal and Best Christian Service Award from Faith Academy, New Delhi, in November 2017. Under the leadership of Dr.Jesudasan, Madras Christian College received several covetous awards and recognitions, to name a few; 10th Rank in College Category as per MHRD - National Institutional Ranking Framework (NIRF) 2018, Awarded the "College with Potential for Excellence" by the University Grants Commission for the period 2014 - 2019, Awarded the "Best College in the State of Tamil Nadu" on 24th August 2010, consistently maintaining the Top Ten College position in India as per "India Today" ranking and "The Week" ranking (4th place in "India Today" in 2019 and 6th place in "The Week" ranking in 2019) and received ThinkEdu Award for "Excellence in Education" from the Hon'ble Chief Minister of Tamil Nadu on 09th January 2020.

Several administrative positions have come in the way of Dr.Jesudasan considering his dynamic leadership and visionary mindset. Some of them are Executive Committee Member and Council Member, Christian Medical College & Hospital, Vellore, since July 2016, Government of India Nominee – Finance Committee, Gandhigram University, Dindigul, T.N., July 2013 to July 2016, President, All India Association for Christian Higher Education, New Delhi, 2015 - 2018, President, Madras Science Foundation, since January 2015, Board Member, Inter-Church Service Association, Chennai, T.N., since September 2014 - 2020, Secretary & Member in the Board of Trustees of Colleges & Universities of Anglican Communion (CUAC), New York, USA (2014 - 2017). He has been serving as Member Coordinator / Member in NAAC (National Assessment Accreditation Council – UGC) peer team since 2009 and assessed many Colleges in India.