World Speech Day was celebrated by the Department of Languages, School of Liberal Arts and Applied Sciences on 15 March 2022. DTM Manju Manohar, Internationally Certified Trainer, Career Coach & NLP Practitioner, Chief Judge, District 120, Toastmasters International presided over the event as the Chief Guest. Dr. Sherine Joy, Head of Languages accorded a warm and cordial welcome to all and introduced the Chief Guest. She insisted about the importance of speaking, and how to develop professional way of speaking; and added about the importance of Toastmasters Club and how it encourages the students to develop their speaking skills. Dr. David Easow, Dean - SLAAS gave his valuable ideas about the importance of speaking, and how to develop speaking skills.

Observing World Speech Day, a Speech Contest was arranged for the students. Many students registered their names and a preliminary round was held for them. Each student was given a topic separately to speak for 3 mins. The topics included,

Among the participants, judges selected 6 finalists. The final speech contest was held during the World Speech Day Celebration. DTM Manju Manohar initially gave a special talk about the importance of speaking. She later gave separate topics to the selected participants including,

Participants were given 1 min for preparation, and 3 mins to express their ideas on the topic given. 3 Outstanding speakers were selected post review and were given the I, II, and III Prize respectively. 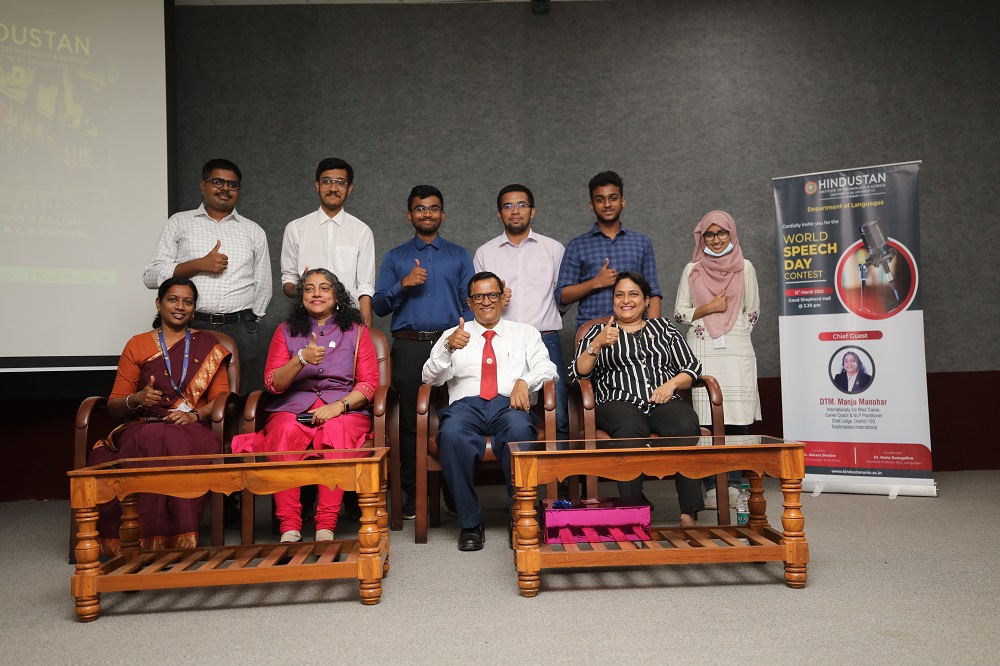