“Mistletoe Mania” was organised by Athena-The Literary Club of the Department of Languages on 20 December 2021, at 2:30 PM via MS Teams. The event was open to both the student and teaching fraternity of HITS; to share photos of their Christmas home decor and renditions of their favourite Christmas carols. The official poster for the event was released on 9 December 2021 with declaration for registrations and submission of entries on 17 December 2021 as deadline. The valedictory function for the same was organised on 20 December, 2021. The emcees for the event were Ms. Nusaibah Anas,& Ms. Valluvar Aarthi, First Year, B.A. English; who managed the event aesthetically. The event commenced with an invocation hymn by Ms. Jane Carolyn, B.Tech. Final Year, IT Cybersecurity. Dr. A. Sherine Joy, Head, Department of Languages welcomed the gathering. The winners were declared by Varsha Nair, Second Year, B.A. English and the President of the Athena Literary Club. The event was coordinated by Dr. Sonu Joseph, Assistant Professor, Languages and Ms. Sarah Sam Mathew, Second B.Sc. Food Technology. 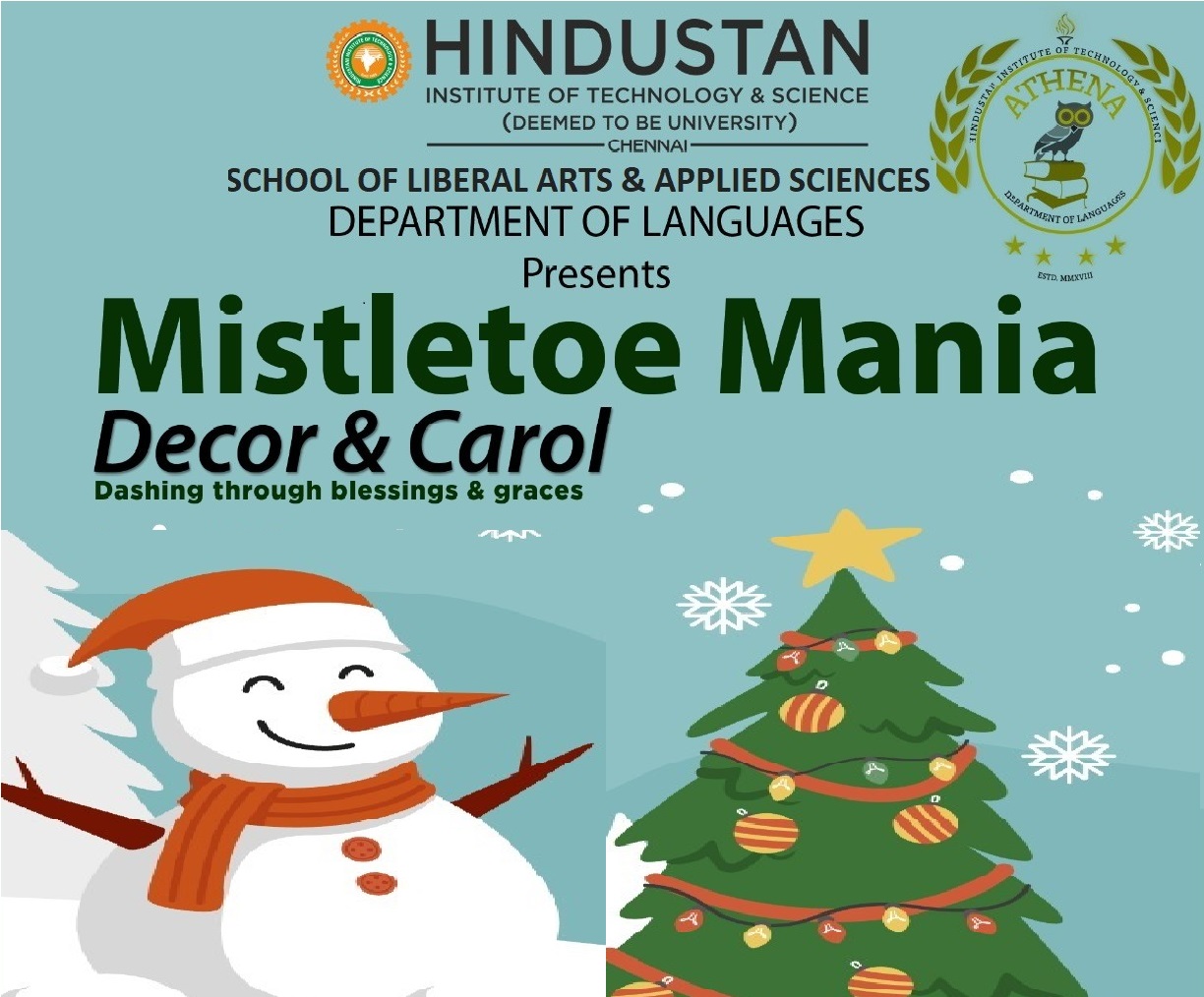