Prior to the tournament a ten- day practice sessions were conducted for the 240 participants registered across schools and colleges in India from 15 April 2021 after the celebration of the Scrabble Day event. Practice sessions were conducted with the help of Mr. Ranganatha Chakravarthy, International Scrabble Champion and Founder of Madras Scrabble Foundation and Mr. Niiteesh Chakravarthy, 1st year Aerospace Engineering, Technical coordinator and Ms. Tanu Priya, 2nd year B.Sc. Food Technology.

HOST 2021 began with Mr. Ranganatha Chakravarthy announcing the rules for the online event. Students were paired by the Champion and the competition was held in two phases: morning session for the schools and afternoon for the college. The first elimination from the 240 participants were done. Those with appropriate scrabble id registered were considered. The participants had to play three rounds online with their registered scrabble ID and the wins were calculated automatically based on the points. A total of 241 participants from the following schools and colleges participated.

The competition ended at 5 p.m. and was followed by the Valedictory function. Dr. Sherine, convenor of the HOST 2021, on behalf of the Management of Hindustan University, welcomed the International Scrabble Champion Mr. Ranganatha Chakravarthy, the participants and the staff members, principals of various institutions, ELTAI chapter members and all the students and staff members of HITS and sister concern institutions, Hindustan International School and Hindustan College of Arts and Science.

Mr. Avinash, 3rd year Mechanical engineering, President Athena Literary Club gave a presentation highlighting the various courses offered by HITS and also gave a glimpse of the Languages Department activities and courses offered. Live feedback session was also conducted and the participants from schools and colleges applauded the efforts of the organisers to teach the game and also conduct the tournament in a magnificent manner. Ms. Tanu Priya, Athena Club coordinator invited Mr. Ranganatha Chakravarthy to announce the prize winners. Cash Prizes to the tune of Rs. 1000/ for the first prize, Rs. 750/ for the second prize and Rs. 500/- for the third prize was announced to the winners along with e-certificates.

The meeting ended with a Vote of Thanks by Mr. Manikandaboopathy, AP, Dept of Languages, HITS and HOST 2021 Coordinator. He thanked the Chief Guest Mr. Ranganatha Chakravarthy for all the support rendered to conduct this event in a meticulous manner. He also thanked the convenor of the event Dr. Akkara Sherine, HOD Languages & Rankings who was instrumental to organise the event and get the participants from across the nation. All the Athena club coordinators, Ms. Tanu Priya, 2nd year BSC food technology, Ms Varsha Nair, 1st year BA English, Ms. Aparajeetha, 1st year Aerospace Engineering, Mr. Avinash , 3rd year mechanical engineering and all the Literary club members who worked tirelessly were applauded for their concerted efforts throughout the tournament and making it a grand success. 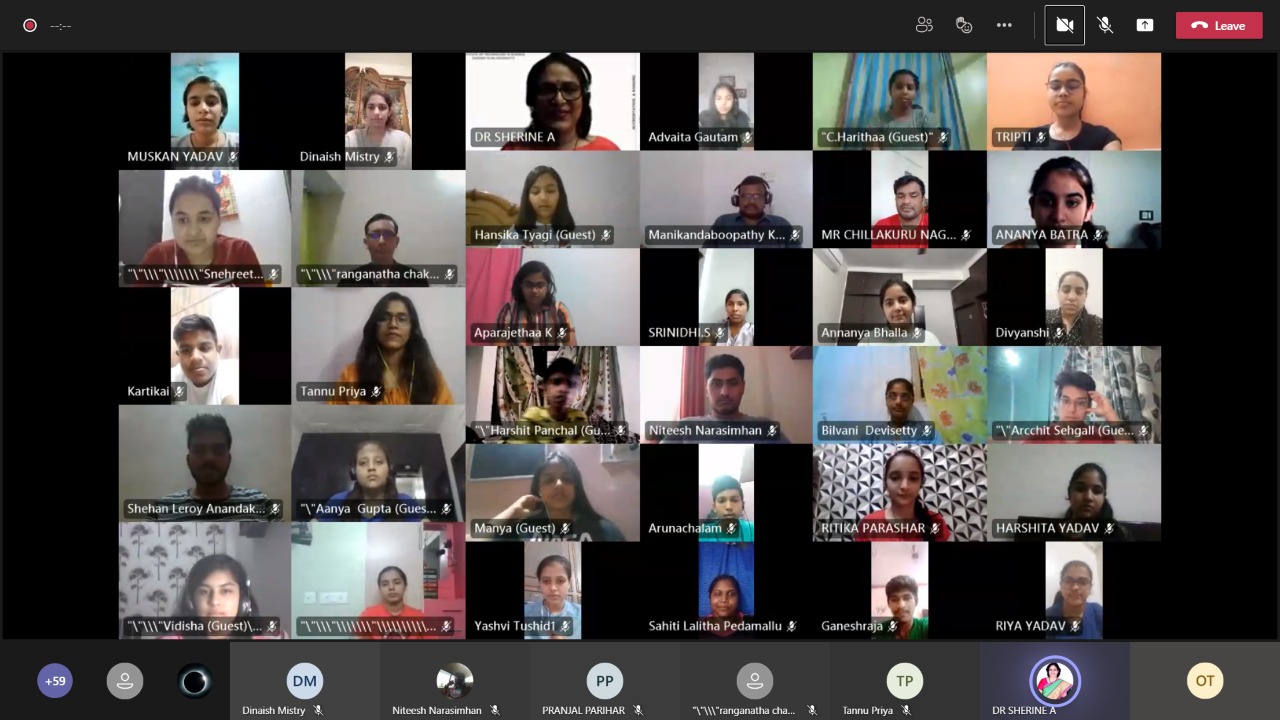