The Ceremony began with the invocation followed by the Convocation being declared open by the Chancellor, Dr. Mrs. Eizabeth Verghese. This was followed by the Welcome address and report presented by the Vice Chancellor, Dr. S. Ramachandran. Dr. Anand Jacob Verghese, Pro Chancellor, Mr. Ashok Verghese and Dr. Aby Sam, Directors, Dr.Pon. Ramalingam, Registrar, Deputy Directors, Deans, HOD’s, BOM members, Faculty and students along with their parents participated in the ceremony.

Presenting the convocation report, Dr. S. Ramachandran, Vice Chancellor said, “there has been a marked improvement and significant increase in all the domains of academics which has been possible because of the commitment of our faculty, staff and students alike and able guidance and encouragement by the management.”

Dr. Ramachandran further expressed his gratitude and happiness on obtaining a CGPA of 3.3 on 4 by the NAAC peer team. He announced that HITS ranked 31st position India, 20th position in South India, 13th position in Tamil Nadu and 2nd position in Chennai. HITS also ranked as No.1 in India in “Outreach & inclusivity” and No 1 in Chennai in “Perception” among all private universities in India.

He also added that National Board of Accreditation (NBA) accredited the B.Tech, Aeronautical Engineering Programme. It was an achievement in research domain for the university as the institution was ranked 6th in India for filing patents. The Vice Chancellor highlighted the awards and recognitions received by the institution, management, staff and students during this academic year. The report contained an array of the new initiatives, new equipments & infrastructure added, international MOU’S, International visits, staff and students exchange programmes and research activities. In a nutshell, he rendered how Hindustan University organised a total number of 155 programmes during the period.

As part of the ceremony, Dr. SekharBasu, Chairman, Atomic Energy Commission & Secretary, Department of Atomic Energy was presented the award of Doctor of Science (Honoris Causa) along with Guests of Honour; Dr. R.K. Tyagi, President – Elect, The Aeronautical Society of India and Dr. Amitabh Mattoo, Former Vice Chancellor University of Jammu, Prof. in Disarmament Studies, Centre for International Politics, Organisation and Disarmament (CIPOD), School of International Studies, Jawaharlal University. The Chancellor awarded their degree after which the Vice-Chancellor readout the citation.

It certainly was a fulfilling and meritorious moment for a grand total of 1018 graduates who were awarded which their hard-earned degrees. This is inclusive of 22 Ph.D scholars, 3 M.Phil scholars, 347 post graduates and 646 undergraduates.

Speaking on the Occasion, Dr. Mrs. Elizabeth Verghese, Chancellor, Hindustan University, stressed on the importance of entrepreneurship and contribution for the economic growth of the nation. She suggested that the graduates should develop emotional strength to face the challenges of life and also insisted that, they should work for the welfare of the mother nation. This was followed by the felicitation address and the convocation address for the occasion. 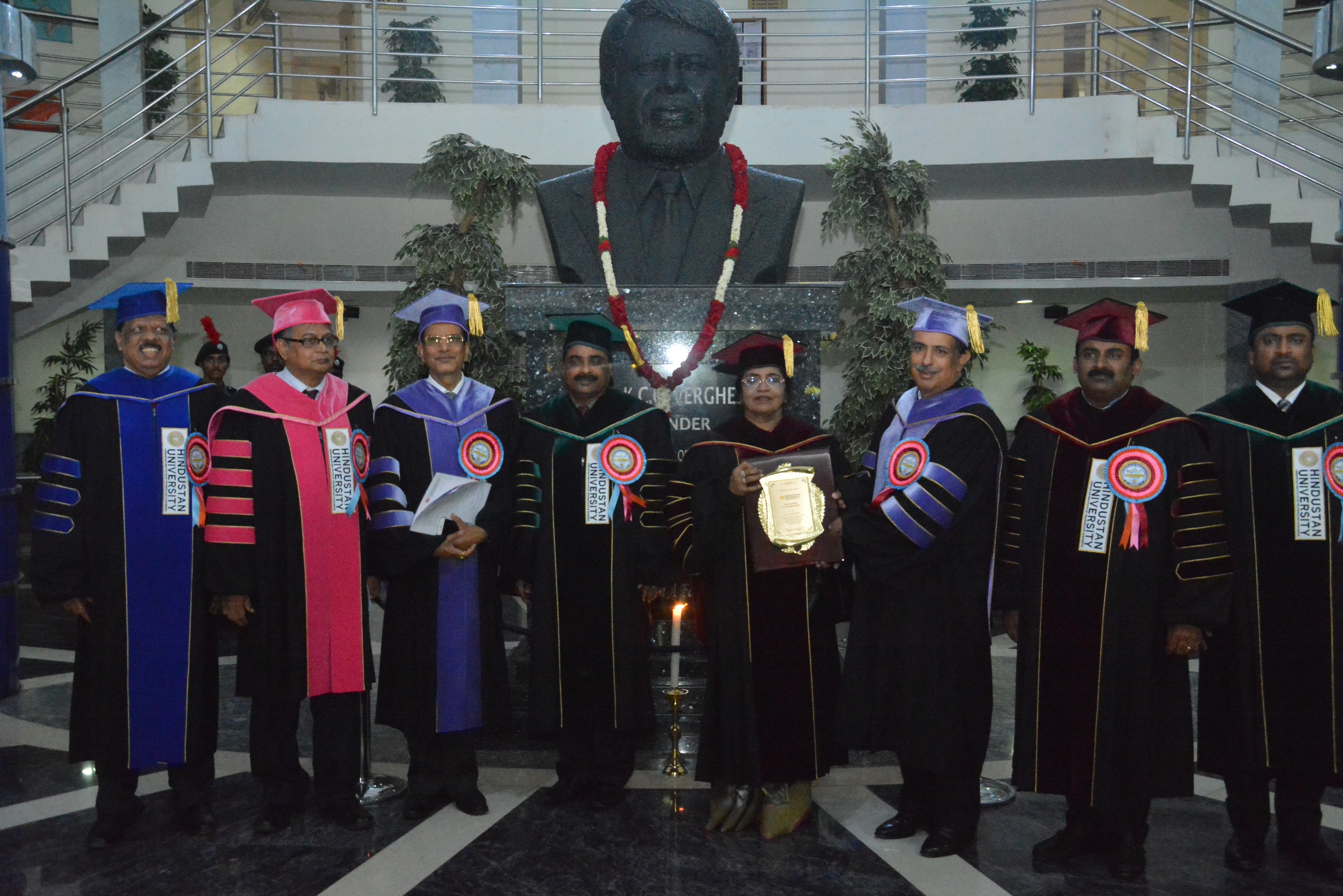 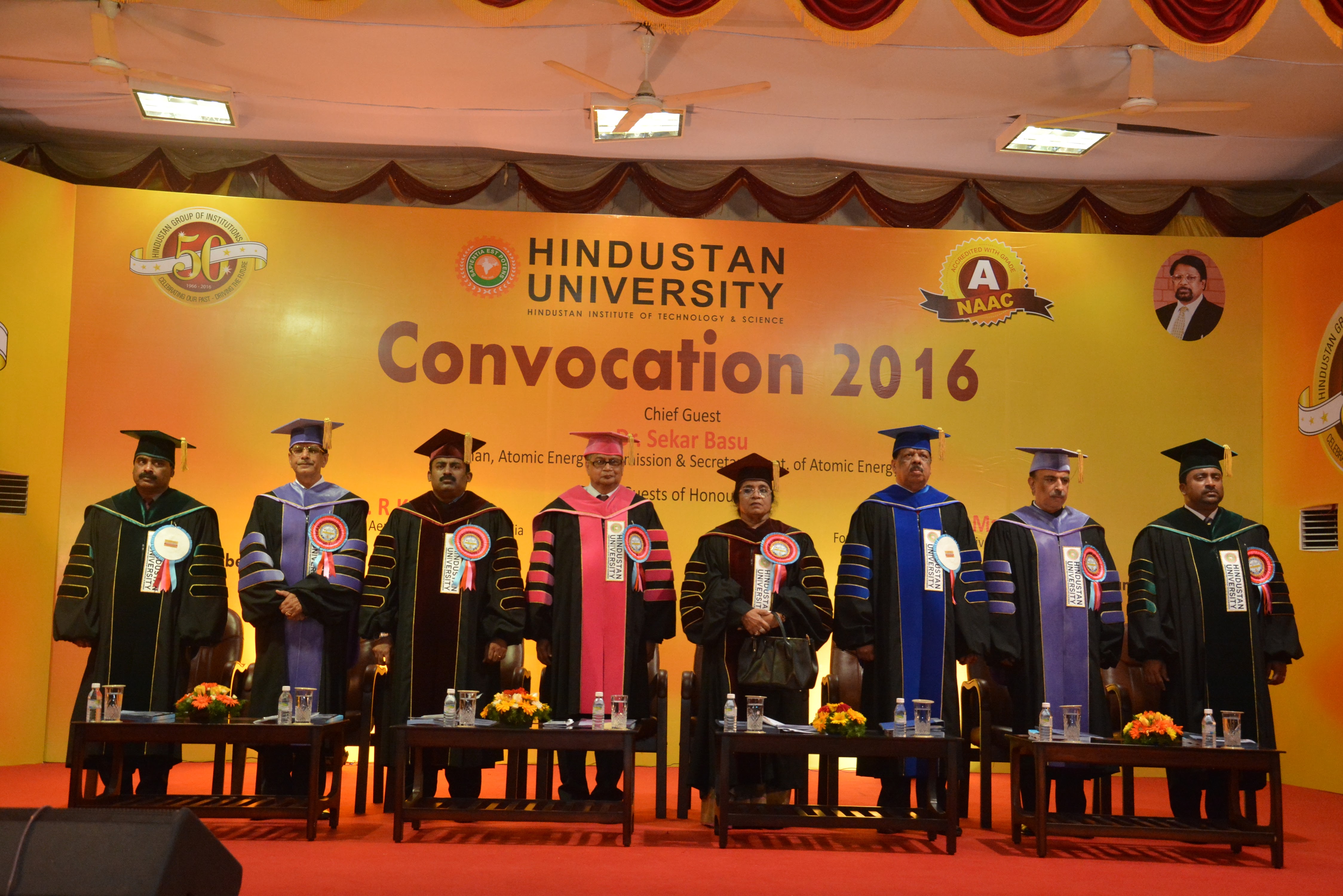 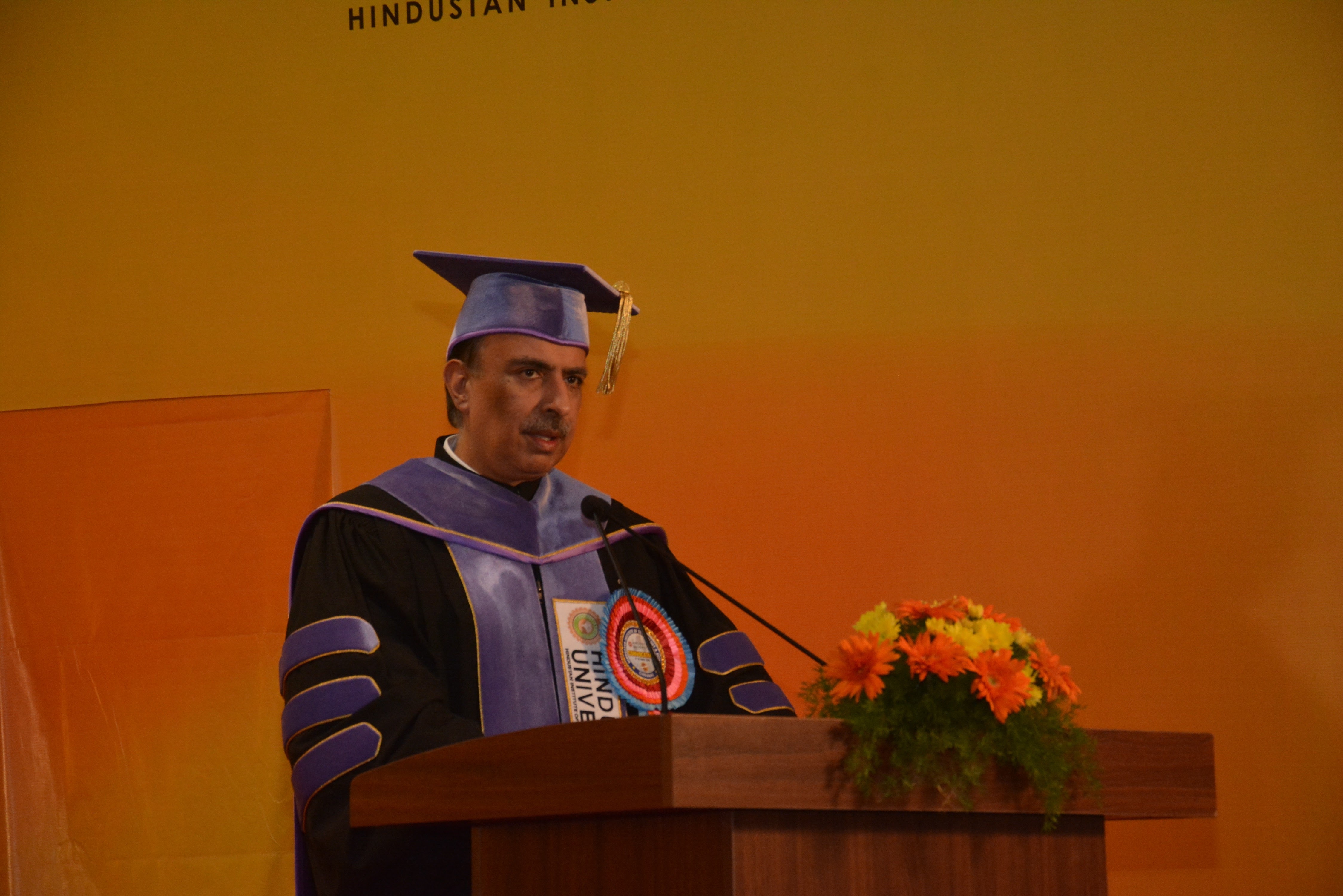 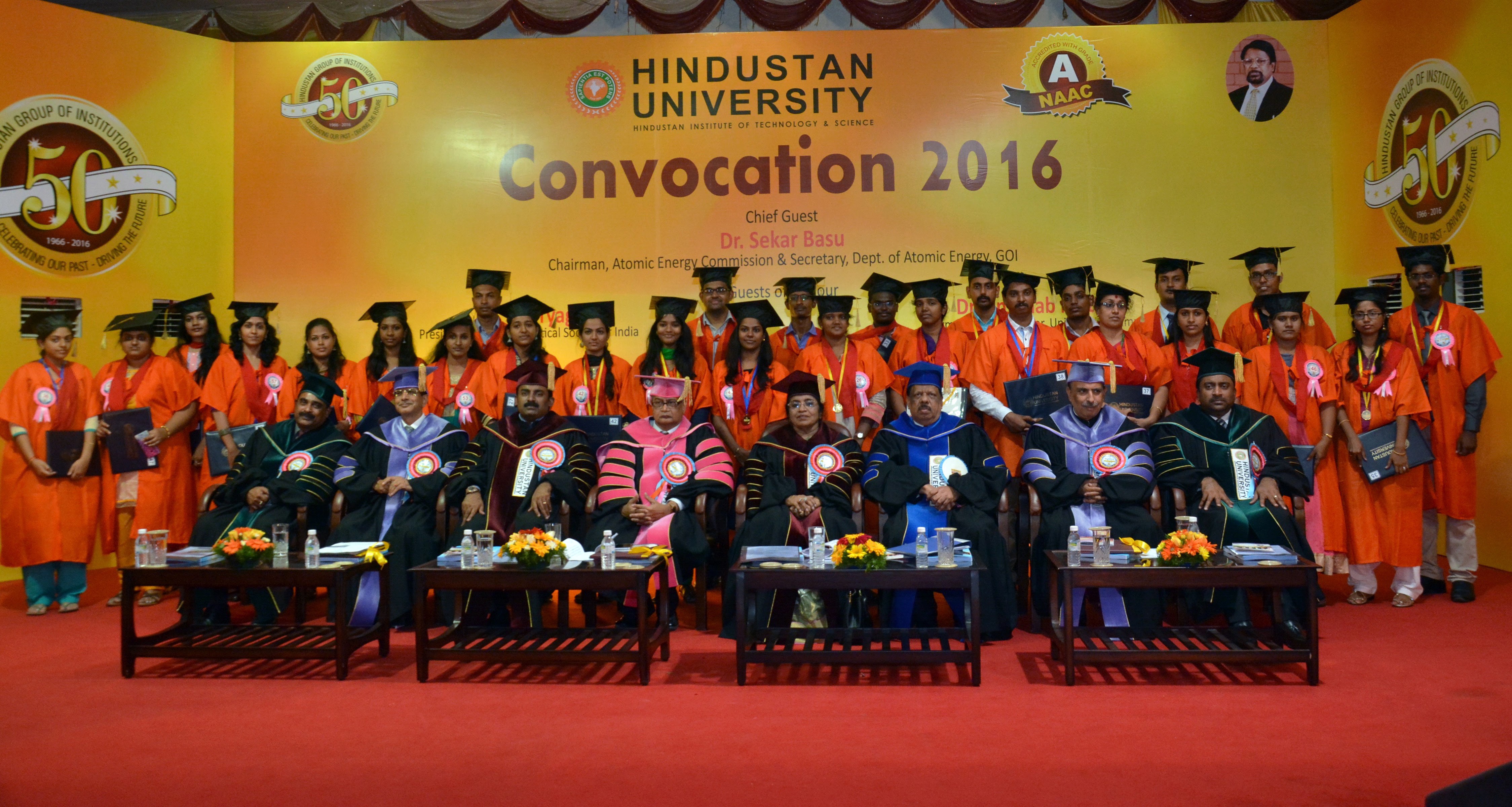